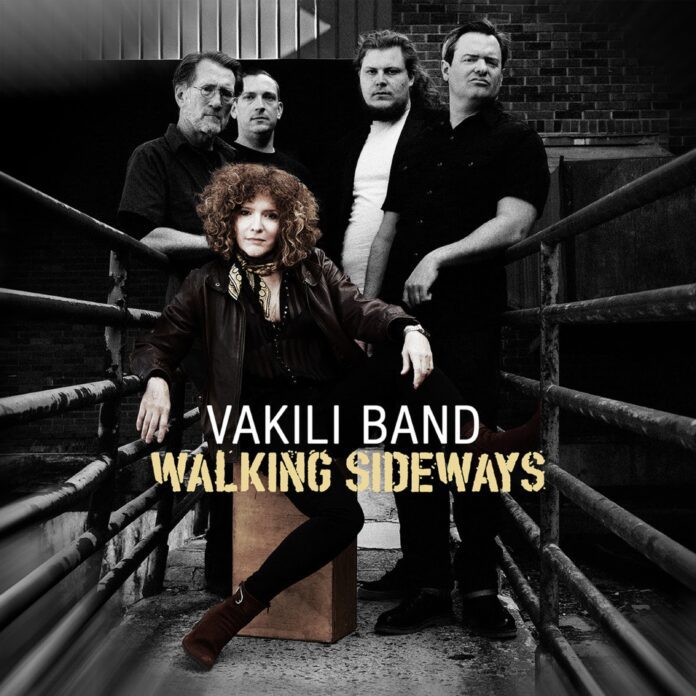 Vakili’s musical career is a testament to the non-conformist beliefs with which she was raised.WalkingSidewaysshowsthegrowthofVakiliasasongwriter, vocalist, bandleader, and the group as a whole–including lead guitarist and occasional songwriting collaborator Ben St.Jack, harmonica player Joel Dorow and the rock-solid rhythm section featuring drummer Gordon Kuba and bassist Matt Jovanis– since their last release, 2018’s Oh, Alright. Songs such as “Rachel” and “She Wants What” are feminist anthems and odes to female agency, while the inspiration for “Freeman” came from seeing a prisoner working in a field. She also delves into deeply personal topics, with songs such as “When21,” which looks at the world through the eyes of her non-neurotypical, autistic son. As for the title of the album-Vakili puts it succinctly. “I’ve rarely taken the direct route in my life. I come at things via the scenic route, not always by choice, but I get there – ‘walking sideways,’ as it were.”

Born in Honduras and raised in Thailand, Puerto Rico, and Iowa, Vakili worked in theatre and went on to carve out a successful career as a biotech lawyer while continuing to nurture all manner of dreams, including making music. The fifth of six siblings, Vakili first picked up the guitar when she was 14. Her first songs started as poems, a practice that continues to this day, with Vakili bringing lyrics and a core musical structure to the band, who then collaborate in building the desired arrangement.

Vakili still has faith that rock‘n’roll can change the world. “If you’re asking me, do I believe in love, yes I do,” she says. “This is fun for me. It’s not an escape. Performing music live is a pursuit of ecstasy, connection, desire, and love… it’s real, heady stuff.”