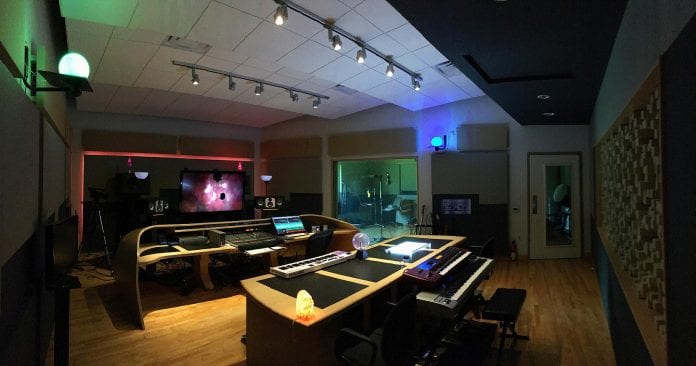 Press Release:  Dallas, Texas – Randy Copus has composed, performed, produced and engineered in nearly all genres of popular music over the past few decades. Best known for his work in progressive new age group 2002, which is currently producing their 20th album, he has also worked in rock and pop music since as a singer, producer and engineer. Copus now runs Galactic Playground Music, an award-winning recording studio located just north of Dallas, Texas that records and mixes everything from Billboard-charting albums and soundtracks to voiceovers for e-learning, interactive training and multimedia.

A wide variety of work keeps Copus on his toes when it comes to gear. “We always strive to make the studio better,” he says. This means continually searching for gear that not only sounds great, but also sounds great across a wide range of sound sources and genres. His most recent quest for the ultimate in gear prompted him to make the switch to EVE Audio from another prominent manufacturer that uses Air Motion Transformer tweeters in their monitors.

“I consider monitors to be the most important tools in my studio and my old trusted monitors were not giving me what I needed anymore. I was struggling to hear certain things, particularly in the mids and low end. I tried the EVE SC407s and I couldn’t believe my ears! The mid-range was so present and clear – I wanted to go back and remix everything I’ve ever done. I was amazed how easy and effortless it was to make the vocals sit perfectly in the mix. There was no guesswork, no compulsion to go listen on another system. I realized mixing had become fun again, first time in a long time!”

The demands of studio work also bring long hours of tracking, editing, and mixing. Copus believes his new EVE monitors help him to be more productive for longer periods of time. “I used to take more breaks because I was expending so much mental energy trying to hear everything correctly. Not so with the EVEs though – they just present everything so clearly, and working on them becomes more natural with less effort. If I change something 1 dB at 13kHz, I hear the difference dramatically. Before the EVEs, I didn’t think I could even hear those frequencies anymore, but now I realize that the monitors I had been using were hiding that information from me!”

Because Copus mixes on full range EVE SC407s, he has eliminated a subwoofer from his mix monitoring setup. “I was previously mixing with a sub. I feel that engineers must have an accurate picture of those bottom octaves where problems can occur if you don’t hear them. With the SC407s, I feel no need for a sub! I never have liked mixing stereo music with a sub, always preferring powerful, full range monitors mounted up on the stands as opposed to part of the sound being disconnected on the floor somewhere. I’ve also noticed when I walk around the room, the sound, especially the bass, doesn’t appear to change, even when I’m over on the sides. The SC407s are the first monitors I’ve owned where this is finally the case.”

Studio monitors have had to keep up with incredible advances in technology in both the studio and the way music is reproduced for the listener, and Copus feels he is now on the cutting edge. “The level of accuracy and translation I have now in the EVE monitors are light years beyond what I had before. They have changed my life as a sound professional!”