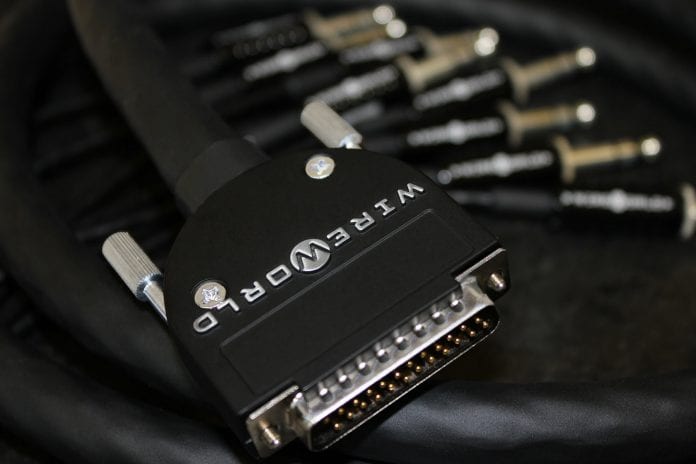 “ Evo-Snake was developed to avoid the audible loss of conventional cable because the music that has passed through a conventional audio snake sounds smeared and compressed when compared to the original incoming signal. A conventional snake’s conductors consist of strands that are twisted and spiraled to create flexibility. Those twists and turns also create a type of electromagnetic loss called eddy current resistance. This effect is similar to the swirling currents in rivers, also called eddy currents, which slow down the flow of water. Likewise in audio cables, eddy currents slow down the leading edges of the signal waveforms, blurring and coloring the sound. Eddy current losses are the main reason why music that has passed through conventional snake cables sounds less detailed and lifelike than the original signal.

Wireworld developed a new structure that enables flexible shielded cables to have precisely spaced parallel conductors. This DNA Helix cable geometry (U.S. Patent 8,569,627) improves fidelity by eliminating that eddy current resistance. In DNA Helix cables, multiple parallel conductors fit together in layers that are twisted together as a group. Music is distinctly cleaner, clearer and closer to the source than with conventional cables.

The Evo-Snake bulk cable sells for $9 per foot and it is available in standard and custom lengths with DB-25 multipin and XLR, TRS, and TT terminations

Wireworld has 5 patents on their cables and a 6th patent on their testing methodology.