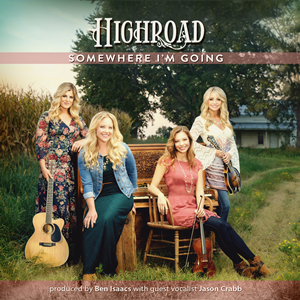 Sarah Davison of HIGHROAD said, “We Are Broken is one of our favorite songs to play live- mainly because it’s such a real song. But God’s promise to us is that He will walk with us through the valleys. Sometimes He breaks us down to build us back up again. We hope this song is a reminder and a blessing to folks. We are so thankful for the radio Dj’s playing our songs!”

“We Are Broken” is the second single from HIGHROAD’s award-winning release Somewhere I’m Going. The single “Christ My Hope, My Glory” (featuring Grammy Award-winning artist Jason Crabb) was awarded Country Song of the Year earlier this year at the 2017 Absolutely Gospel Music Awards. The video for the song is airing on the GAC network during their Sunday morning programming.

To purchase HIGHROADS music  click any of these icons or go to :