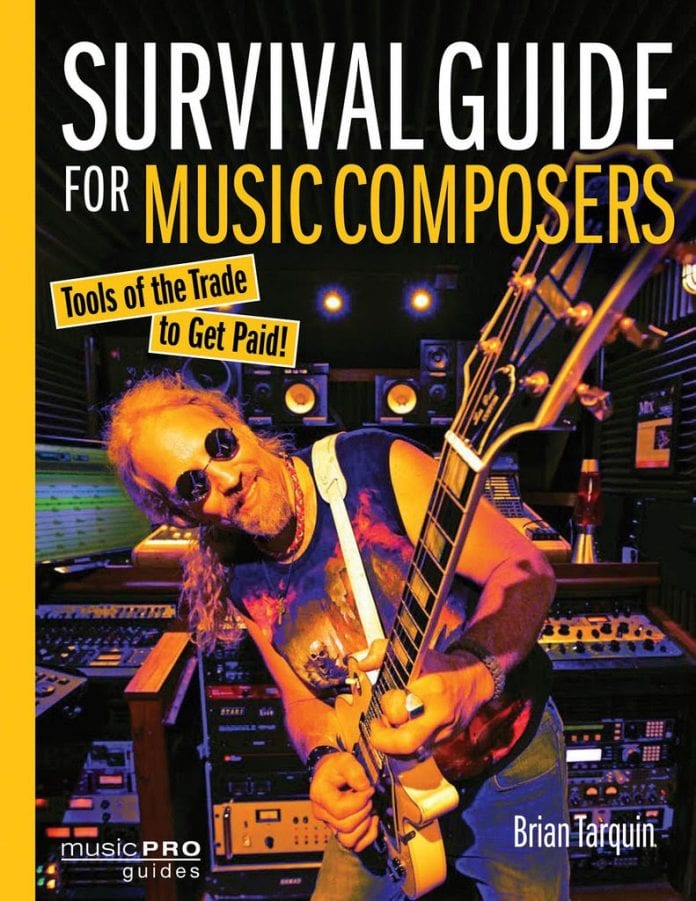 Composing music is a joy and a gift, but making it pay can be a real challenge. The competition is fierce, and talent alone is not enough to make you stand out – you also must know what works and how to operate the business. Now Brian Tarquin, an Emmy-winning composer/guitarist also experienced in production and engineering, presents the quintessential survival guide for those who want to write music and make a living from it.

Survival Guide for Music Composers examines what it takes to succeed in the music industry from many different angles. It takes an in-depth look at how to approach production companies, music supervisors, networks, and beyond, stressing the relationships built with music producers and how to create music appropriate for their projects and how to secure gigs. It also highlights the most popular musical styles used in productions, getting the best instrument sounds, and how to use the latest technology to make your compositions more effective.

Featuring real-life composing scenarios and interviews with established composers, this book will be a crucial resource for composers at all levels who want to write more effectively.

Composer/guitarist BRIAN TARQUIN is an established top-rate musician. He has won three Emmy Awards for Outstanding Achievement in Music Direction and Composition for a Drama Series and has been nominated for an Emmy six times. SESAC honored him with the Network Television Performance Award, and he has graced the Top Billboard Charts with such commercial releases as This Is Acid Jazz, Volume Two, Sweet Emotions, and Bossa Brava: ¡Caliente! on Instinct Records, following by several solo jazz albums, which charted Top 10 at Smooth Jazz Radio. Tarquin has appeared on thirty-eight releases, selling over 140,000 records in his career. In 2016, his release Guitars for Wounded Warriors was nominated for Best Album by the Independent Music Awards, followed by the 2017 release of Orlando in Heaven, featuring one of Larry Coryell’s last recordings in which Tarquin composed, produced, and performed. Also in 2017, Tarquin was involved with the release of a new group collaboration entitled Band of Brothers, showcasing vocalist Jeff Scott Soto (Journey), vocalist Phil Naro (Talas), Steve Morse (Deep Purple), Ron “Bumblefoot” Thal (Guns N’ Roses), Trey Gunn (King Crimson), Jeff Watson (Night Ranger), Joel Hoekstra (Whitesnake), Gary Hoey, Tony Franklin (Jimmy Page, the Firm), and Tina Guo (Al Di Meola).