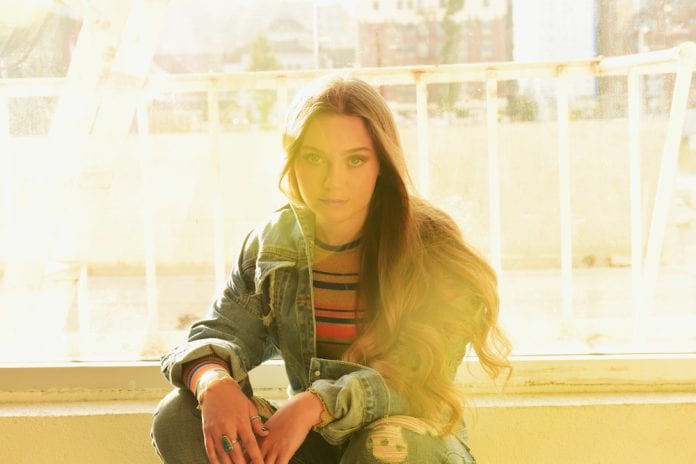 “The L Word” follows the release of Kylie Spence’s hit single “Lying Eyes.” The debut single immediately hit iTunes’ Hot Tracks chart the week of July 21st and has already accumulated over 148,000 Spotify streams, with 30,000 monthly listeners upon release. “The L Word” is on track to follow the success of “Lying Eyes,” with its soft, infectious quality and lyrical ingenuity. “The L Word” is also Kylie’s first release since signing to Sony imprint Jungle Strut Music!

Kylie Spence wrote and recorded her first song when she was only 12 years old and, from then on, she’s been hooked. She quickly recognized the power in using her voice to give her lyrics a deeper meaning and eagerly began refining her skills in piano, guitar, and ukulele to assist in her recording endeavors. Shortly after discovering this drive for performing, Kylie was hit with an autoimmune disorder and found herself unable to sing due to her respiratory health condition. So, instead of singing, she wrote.

Kylie holed herself up in her music room for the better part of a year and wrote song after song. Now 16, the Laguna Beach born artist has turned these songwriting sessions into a daring debut EP. Touching on topics well beyond her years, Kylie views the world with a deep sense of empathy and is able to draw inspiration from her own experiences, familiar personal struggles, and the world around her. Kylie recently relocated to Big Sky, Montana with her family and is taking in her daily inspiration of nature and new found lifestyle. With so much momentum building, Kylie is sure to make waves throughout 2018 with her special brand of alt-pop.