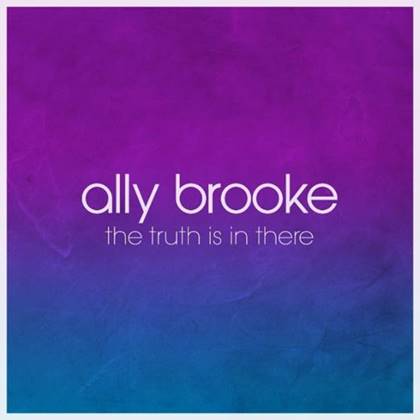 STREAM “THE TRUTH IS IN THERE”: https://allybrooke.lnk.to/TheTruthIsInTherePR

Multiplatinum singer-songwriter Ally Brooke has teamed up with Weight Watchers, Oprah Winfrey & Kate Hudson, lending her voice the reimagined WW program’s “For Every Body” campaign theme song “The Truth Is In There.” The uplifting song, penned by renowned award-winning songwriter Diane Warren (Beyoncé, Lady Gaga, Jennifer Hudson), is available now via all DSPs and will be featured on commercials launching globally next week.

Brooke has ended 2018 on several a high notes, including the release of “Vámonos” (her buzzworthy Spanish collaboration with Kris Kross Amsterdam and Messiah), her cover of Wham!’s iconic holiday single “Last Christmas,” and the announce of her forthcoming memoir Finding Your Harmony (arriving April 2019 via Dey Street Books). She is currently in the studio putting the finishing touches on her official debut solo single, arriving next year via Latium Entertainment/Atlantic Records.

“When Oprah called me and asked me for a song, I had just written ‘The Truth Is In There’” said Diane Warren. “I thought this would be the perfect song and Ally Brooke would be the perfect artist for it. Ally is all about positivity, as is Oprah. We need a positive message in the world now more than ever and Ally Brooke delivers it in her own special way. I’m so excited about this and can’t wait for everyone to hear the song!”