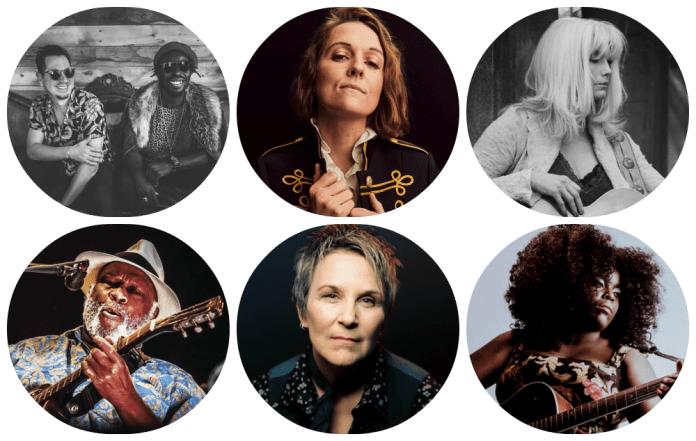 Online at Thriving Roots, attendees will have a front-row seat to artist and industry insight they won’t find anywhere else. Carlile and Yola will be opening up about experiencing “overnight success” after years of hard work, as well as representation, advocacy and staying true to your art. Harris will be sitting down with renowned filmmaker Burns for “Country Music One Year Later,” a look back at his critically acclaimed eight-part documentary on the genre. Previously announced participants Browne and Staples will be coming together for a special conversation music fans won’t want to miss.

Rising duo Black Pumas experienced a breakout 2019 that was capped by a Best New Artist nomination at the 2020 GRAMMY® Awards. The soulful duo will be part of a case study that takes a look at business challenges and decisions faced by a developing artist in today’s music landscape, with perspectives from the act’s team and their strategic roles.

One of the greatest powers of music is that it has the ability to connect folks from many walks of life with its unifying message and healing qualities. Gauthier will be exploring these universal themes during “Accessing the Universal in Your Songs: Mercy Now,” a songwriting workshop that will be followed by a performance and breakdown of her critically acclaimed song, “Mercy Now.” Mahal will delve into how music is a balm for the soul during his panel session, “Taj Mahal: Music Is the Healing Voice.”

Additional panel programming will include the Woody Guthrie Center’s “Music as a Rallying Cry,” an examination on the use of music in political campaigns and its effect on messaging that may differ from the songwriter’s original intent. Independent artists and music industry professionals will also want to check out “The Anatomy of a Publicity Campaign,” which will group top PR pros to dissect the many components of both a new artist and an established artist’s campaign.

With over 50 panel discussions and more than 40 special events filled with music, Thriving Roots will bring the Americana music community together from across the world for three full days of engaging insight from its top industry professionals and leading artists. Previously announced speakers include T Bone Burnett, Rosanne Cash, Rhiannon Giddens and John Leventhal. The virtual conference agenda will be announced in late August.

The Thriving Roots platform will launch ahead of the three-day virtual conference at a later date to be announced so attendees can personalize their online presence, customize their own daily schedule and begin networking with other attendees.