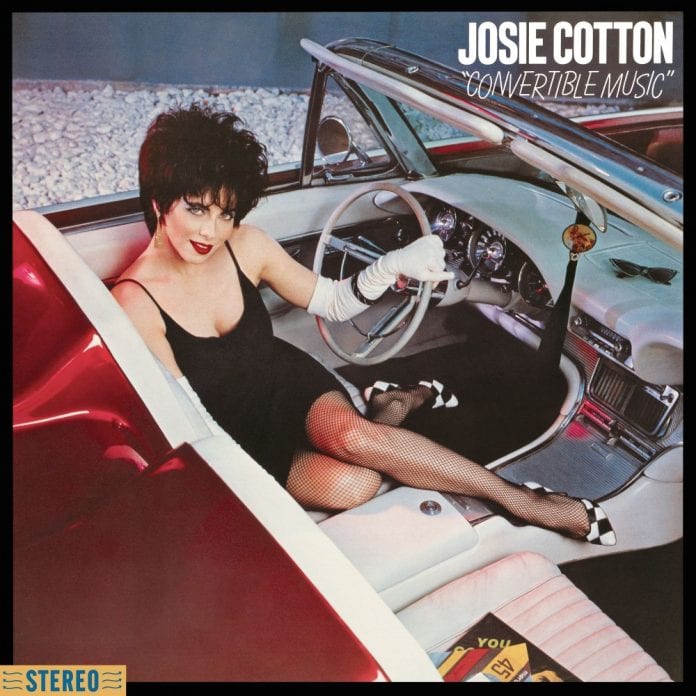 “This record changed everything for me,” says infamous pop icon JOSIE COTTON about her debut album CONVERTIBLE MUSIC which will be reissued in digital form on August 4, 2020 via her own label Kitten Robot Records. “I was the annoying girl with demo tapes getting turned down all over town.”

Originally released in 1982 by Elektra Records, Convertible Music kicked off a storied and perennial career of one of New Wave’s most iconic voices. Famously featured in the seminal 1983 film Valley Girl (the second feature by director Martha Coolidge that starred Deborah Foreman, E.J. Daily and was the leading man debut of Nicolas Cage), Josie performed at the prom her two breakthrough singles from this album “He Could Be The One” and the controversial and often misunderstood “Johnny, Are You Queer?”

This reissue of the album includes the punk freakout “(Let’s Do) The Blackout” as a bonus track.  “I’m very excited about [releasing this song],” she says. “It was on the B-side of the original 12″ for ‘Johnny, Are You Queer?’ Not many people have heard it except my hardcore fans.”

Josie Cotton “Johnny, Are You Queer?”

“Convertible Music essentially put me on the map as a recording artist and songwriter which was my ultimate goal,” she says. “It’s funny though I think my name ended up being more famous than I am if that makes any sense.”

Revered and lauded upon release, the album made an indelible mark on New Wave which All Music Guide proclaimed as “a classic of the whole California girly pop scene of the early ’80s, on a level with the Go Go’s’ Beauty and the Beat, Bonnie Hayes’ Good Clean Fun, and the first Bangles EP.” It goes on to perfectly encapsulate the album by saying, “the songs, mostly written either by Cotton herself or her producers, Bobby and Larson Paine, are neat ’60s pastiches with elements of surf (the glorious opener, ‘He Could Be the One’), Shangri-Las-style melodrama (the sultry ‘I Need the Night Tonight”‘), and Farfisa-driven swoony pop bliss (‘Rockin’ Love,” “So Close’).”

Produced by Bobby and Larson Paine (Stray Cats, The Go-Go’s, Fear, Levi & the Rockats), Convertible Music combined elements of surf, New Wave, girl group, and pure unadulterated pop bangers into a style that was very much Josie Cotton.  “The Paine brothers had this incredible knack to predict musical trends and what would be relevant down the road,” she lauds. “I was in awe of their talent and they saw something in me so we were a good match. They were great mentors to me and taught me so much about songwriting and record production.”

From the power pop of album opener “He Could Be The One” to the dramatic Ronettes send-up “Rockin’ Love” to the pogo bop of “Systematic Way” to the hauntingly beautiful “No Pictures of Dad,” Convertible Music perfectly embodies the album title. It’s music to be listened to while cruising down the Pacific Coast Highway on a sunny summer day.  It’s a delectable record that pops and clicks in all the right spots.

“Even though making this album was more like a David Lynch movie gone wrong, we laughed a lot as we were recording it,” reminisces Josie who wrote a majority of the songs. “The Paine Brothers were incredible story tellers. Someone will tell THEIR story one day and I hope it’s me because I had a ring side seat. We made some noise… yes we did.”

Re-emerging last Fall with the release of a critically-acclaimed new single “Ukrainian Cowboy,” Josie kicked off a new era in her already illustrious and storied musical history. Riding on a crest of renewed vitality and excited media attention, she followed up the single with Everything Is Oh Yeah!, an album of finished tracks that hid dormant in an attic until the Stranger Things producers came knocking, looking for some ’80s-inspired music. Dusted off and remixed, Everything Is Oh Yeah! received thunderous applause from fans and press alike. All Music Guide raved, “Cotton is a weirder version of Cyndi Lauper with a voice big and versatile enough to match.” Boing Boing added, “[Everything Is Oh Yeah!] is both a time capsule and a time-travel fantasy that bounces from new wave to surf to girl group to neo-rockabilly… there are some fun, mid-’80s gems in here for sure.”

Josie Cotton “He Could Be The One”

To Cotton’s amazement she learned of a major breakthrough in the music industry for recording artists. “There’s now a provision that for once is in favor of the artist ” she says excitedly. It’s basically a legal window that allows recording artists to get their masters back from the label after a 30-year window. Most 80’s artists are eligible but the catch is you have to formally request it. So as of a few weeks ago, I officially have the rights back to my first two records on Elektra Records. I am over the moon.”

Gearing up for a busy future including re-releasing Josie’s complete catalogue, Kitten Robot Records is also getting ready for Josie’s 8th album which she’s currently working on in the studio as well as releases from its growing roster of newly signed artists.

Convertible Music will be re-released digitally on August 4, 2020 with CD and vinyl editions planned for later in 2020. 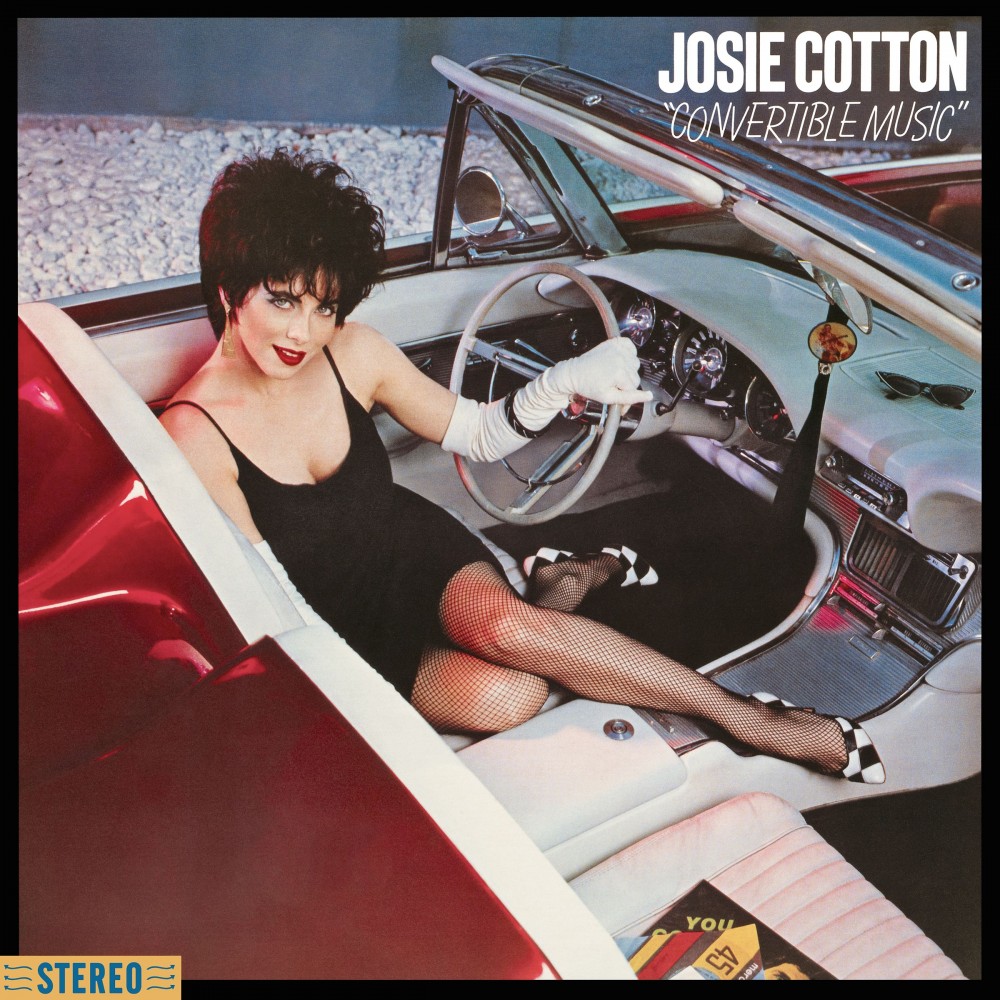