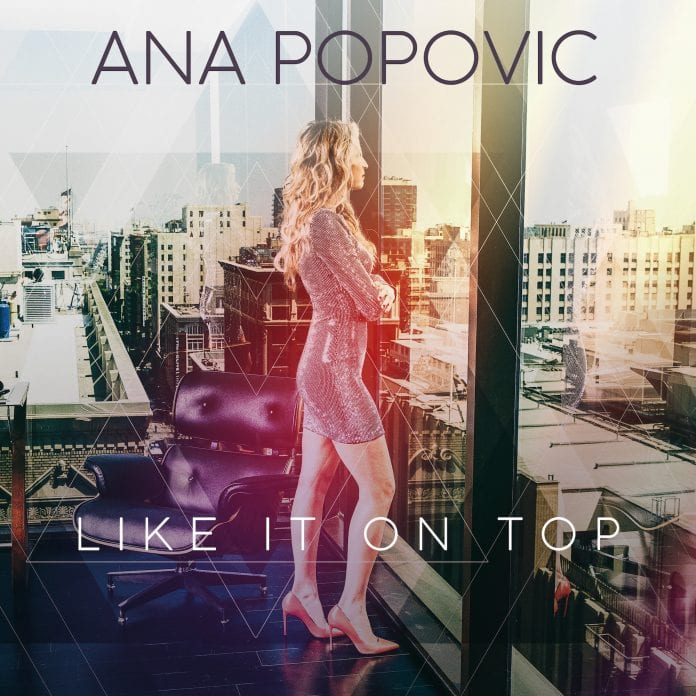 Ana Popovic, the blues and rock guitarist, and singer who is one of the world’s most respected players will release ‘Like It On Top,’ a concept album in which she explores ten different aspects of women’s empowerment on ten new songs. Just off a series of major European festivals, Popovic is on the road for a 35-date US tour (see dates below).

“Being on top” is about achieving your own potential. Succeeding in juggling work, family, social life, expectations of the others, of the society, while pushing limits. Renewing yourself and inspiring others.”

‘Like It On Top’ celebrates those women who take initiative, develop, inspire and motivate. It’s about feeling good about yourself and what you do.” Its ten songs cover topics that are partly autobiographical and partly broader statements aimed at every women — desire and fantasy, feeling empowered about your craft, confronting dominant macho male attitudes, escaping an abusive marriage, and how to have a strong man as your partner.

But it also credits the men who are motivated and enlightened enough to support women in their quest to be their best versions of themselves. The first single, “Like It On Top,” emphasizes that behind every strong, successful woman stands the man that understands the importance of having women be leaders in society. And the final track, the gentle “Honey I’m Home,” gives a shout-out to an ever-growing number of families in which men give up their careers to support a woman’s career.

“I hope that my music inspires others to motivate ladies all over the world to be successful, energetic, empowered women on a mission, and to motivate men to give them that chance,” Popovic says. “The majority of women need to work harder than men to prove themselves or need to cope with a feeling of constant pressure to never make a mistake and be perfect. I believe that women no longer only have the right to earn a living and to take care of themselves and their families.”

Ana Popovic has been moving West all her life. She fell in love with American blues as a kid, starting back home in Belgrade, Serbia (ex-Yugoslavia) during the fall of Communism, then moved to the Netherlands to study at the conservatory of jazz and world music. She lived in Amsterdam for over ten years, and then in a single-minded pursuit of her art and career, she relocated to Memphis, TN to record and work with Southern musicians. Finally, two years ago, she moved her family to Los Angeles, California where she now lives.

“The time has come to step it up,” Popovic says. “Becoming the outstanding leaders of tomorrow. Corner-office ladies in business, politics, and the electric guitar!”

Ana has recorded 9 studio album and been nominated for six Blues Music Awards and has appeared on the covers of Vintage Guitar and Guitar Player magazines. Her albums ‘Can You Stand The Heat’ and ‘Unconditional’ were USA Today Picks-Of-The-Week and featured on NPR Weekend Edition, who praised her “Fiery technique on the [Stratocaster]. Nearly all of Ana’s albums reached the top of the Billboard Blues Charts. She and her six-piece band have toured tirelessly, sharing stages with B.B. King, Buddy Guy, Jeff Beck, Joe Bonamassa and many others.