Home News Music News Anita Cochran takes the stage of the Grand Ole Opry as she... 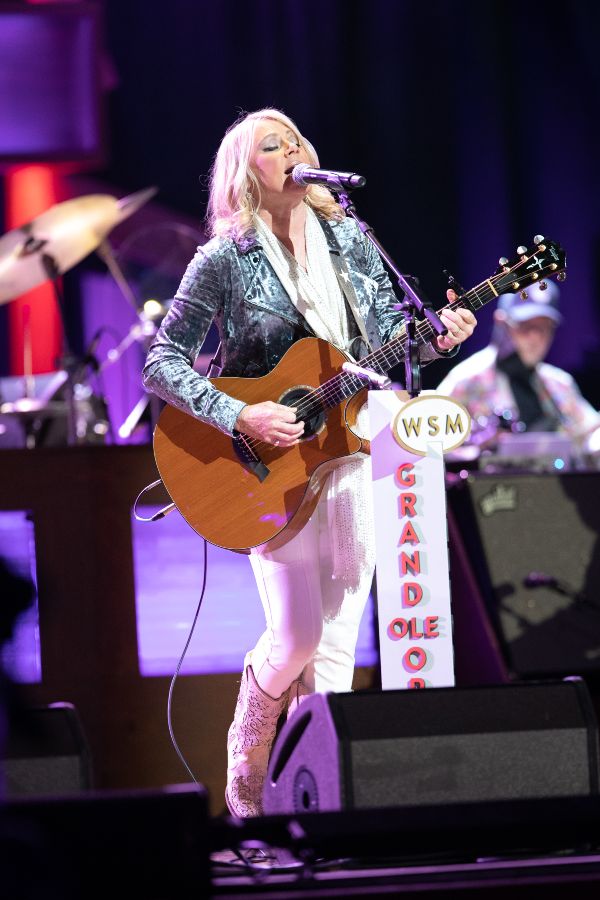 Nashville, Tenn. — April 26, 2021 — Over the weekend, ACM and CMA nominated Country Music artist Anita Cochran played the hallowed stage of the Grand Ole Opry.  The night had a double meaning for her because, not only was she performing in the most revered venue in country music, but she was “paying it back” to the place that helped her during her battle with breast cancer.
Back in 2017, the Opry Trust Fund was the first charity that helped Cochran when she was going through breast cancer treatment. She vowed that when she was back on her feet, she would try to repay the organizations that helped her.  She launched her own charity, “The Love Anchors Fund,” and started a series of concerts to help raise money to pay back the grants she received. 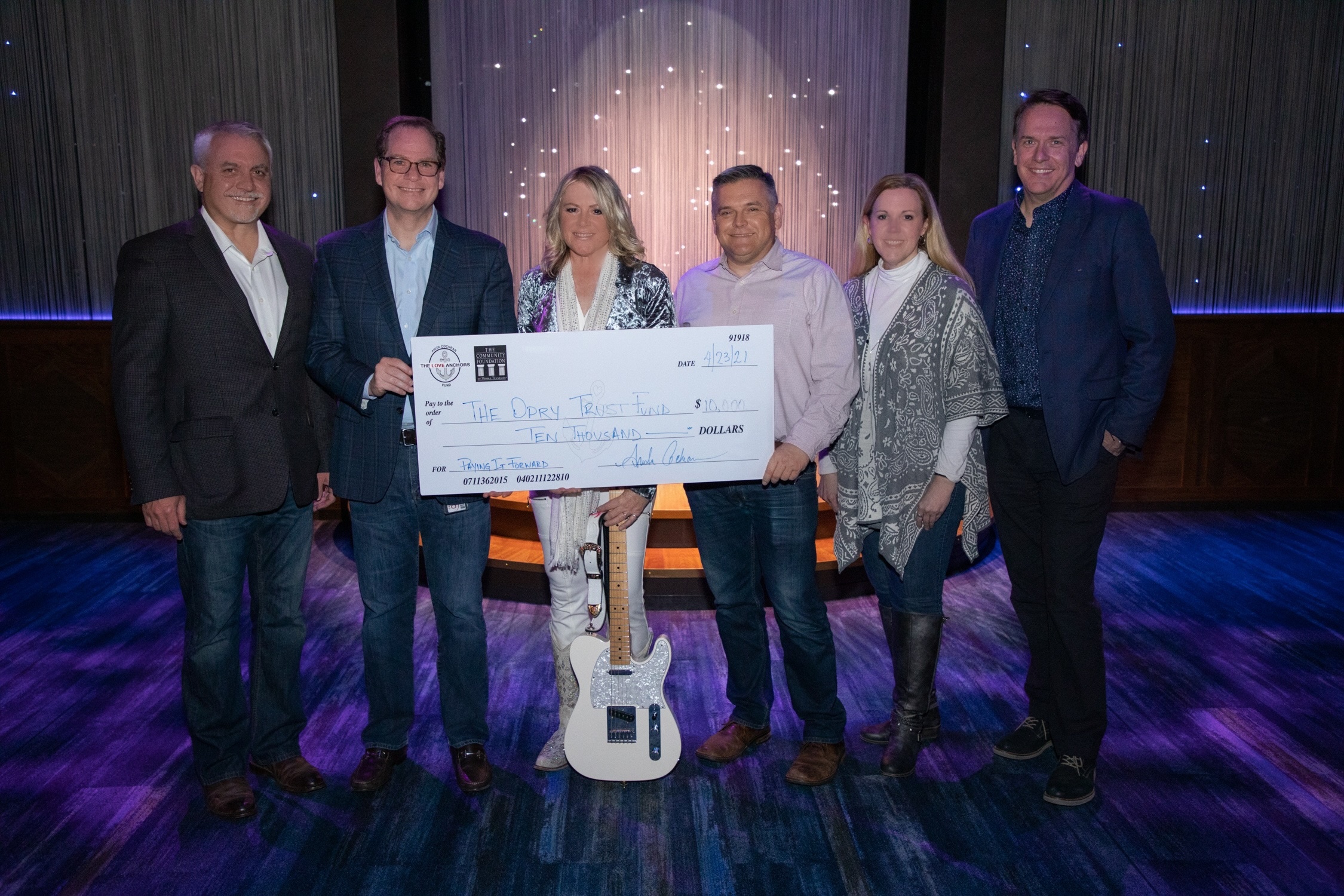 The first beneficiary was the Opry Trust Fund. Thanks to her October 2020, benefit concert held at Twin Creeks Resort in Winchester TN, with artist Sara Evans as headliner, she was able to present a $10,000 check to the Opry Trust Fund this past weekend.

Cochran said she felt privileged to be in the position to give back. “Not only am I cancer free, but to be able to pay forward the help I received is an amazing feeling.  Every performer knows what an honor it is to stand in the circle on the Opry stage, and I truly feel that paying back the Opry was a full circle moment.”

Cochran’s “Love Anchors Concert Series; Waves On The Water,” continues into 2021. The next benefit concert will take place May 15 along the scenic Watts Bar Lake, at the Tennessee National Marina, Resort and Village in East Tennessee. The all-star female lineup will feature Cochran along with Terri Clark, Jamie O’Neal, Brandy Clark, Carolyn Dawn Johnson and Emily Brooke. The event will adhere to local COVID 19 safety protocols.

Tickets for the May 15 “Waves On The Water” concert at Tennessee National in East TN, are now sale at https://theloveanchorsfund.simpletix.com and donate to The Love Anchors Fund HERE.

The outdoor stage at Tennessee National is located in the heart of the 1,400 acre, picturesque community that features championship golf, miles of trails, lakefront homes and a beautiful Amphitheater by the water.

About Anita Cochran: The ACM and CMA nominated artist, is considered a quadruple threat in the music business, as a singer, songwriter, multi-instrumentalist, and producer. She’s released several albums on Warner Brothers Records, and her own imprint, Straybranch Records. A breast cancer survivor and philanthropist, she was also highlighted as the Arizona Cardinals half time performer during the NFL’s Crucial Catch series during breast cancer awareness month.

Anita continues to speak and perform at a variety of breast cancer events and is currently working in the studio recording new music that will include songs that she has written throughout her time of healing. New music is expected this spring.