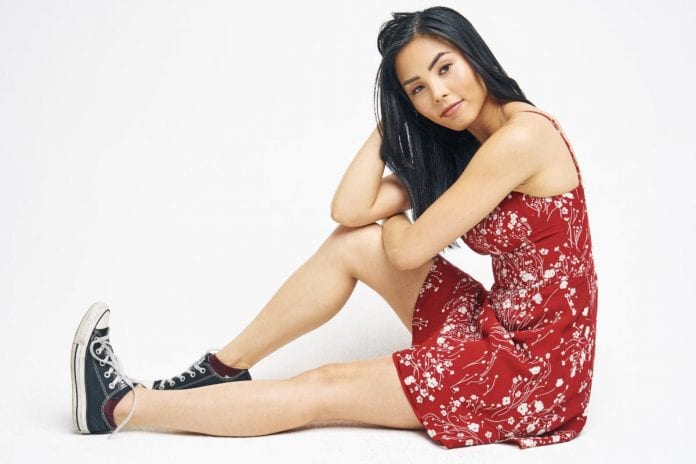 Actor, musician, and filmmaker Anna Akana reveals details about her debut album, ‘Casualty,’ which will be released Oct. 4. “Disappointment,” a new advance single from the album, is out now, along with an accompanying video.

Akana’s debut album ‘Casualty’ marks the latest progression in this prolific talent’s creative evolution. Since 2011, the digital tour de force has shared her talents with millions of fans through her acting, music, and online films. Her acting credits include the upcoming Netflix Christmas rom-com Let It Snow, as well as Marvel’s Ant-Man and a recurring role on Comedy Central’s Corporate. In addition, Akana is the creator of a popular series of online short films and sketches and the author of a 2017 book, So Much I Want to Tell You: Letters to My Little Sister. As she has done in every other avenue of her life, Akana brings an irresistible combination of honesty and vulnerability to each of the 13 songs on ‘Casualty.’

“The album’s called ‘Casualty’ because even though terrible things can happen to you, you always have the power to transform yourself through those hardships,” Akana says.“You have the choice to be a victim or to learn and grow and make the situation serve you in some way. So while the songs are all about heartbreak, the album is really about overcoming.”

Though she first came to the public eye as an actor and creator of online films and sketches, Akana acquired her passion for music and performance at an early age. She studied piano during childhood years in Japan, learning the instrument before she even learned the country’s language, and has studied the guitar as well. Over the years, she has absorbed influences as diverse as ‘No Doubt’s Tragic Kingdom’ (the first album she loved), Santana (her first concert), and Lauryn Hill, whose music helped shape her. More recently, Lizzo, Julia Michaels, Taylor Swift, and Beyoncé have served as role models, both for their music and for their messages of empowerment, self-love, and positivity.

Akana approached the making of ‘Casualty’ with the same unstoppable spirit and magnetic presence she brings to everything she does. Made with Jenga Productions (Shayon Daniels and Nicci Funicelli), ‘Casualty’ has an emotional outpouring matched by a high-impact sound that merges addictive pop melodies with shapeshifting dance rhythms, rock’s passionate intensity, and delicate ballads. The title track and “Let Me Go” are fueled by a palpable pain, and “Intervention” reflects the singer’s decade-long struggle with alcohol. Akana calls the tender and vulnerable “Selfish” ‘Casualty’’s most difficult song to write, a song that honors the very real struggle of depressive episodes. ‘Casualty’ is by turns confessional and defensive but never less than ferociously honest. The result is a cathartic musical experience that channels suffering and intense emotion into messages of strength and self-empowerment.

While ‘Casualty’ takes Akana’s multi-faceted career to a new level, she has lots more on the immediate horizon. She’ll appear in the Netflix romantic comedy Let It Snow, releasing Christmas 2019. She has a recurring role in the upcoming Netflix original series Jupiter’s Legacy, slated for 2020 and So Much I Want to Tell You: Letters to My Little Sister, a Random House/Ballantine title, is now in development with WarnerMedia’s HBO Max for series adaptation.