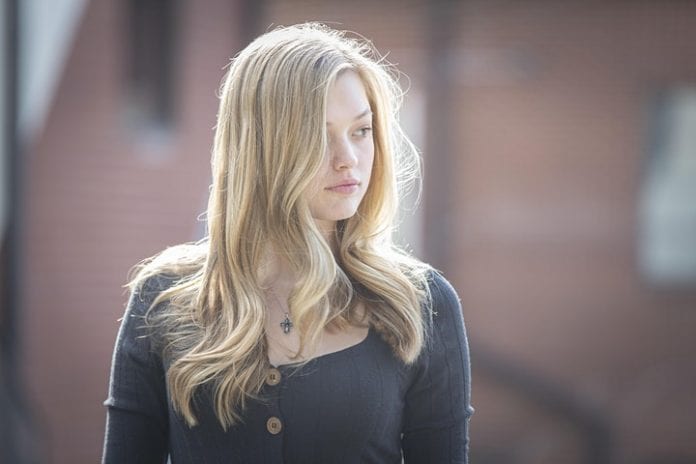 Atlanta, GA (July 21, 2020)—Few individuals are certain of their path in life at the age of 15, much less already achieved a masterful grasp on it. However, Atlanta singer-songwriter Leah Belle Faser is one of those rare types–not only committed to her artistry, but also sharing an assurance and agility translated through her music that belies her years.

This remarkable talent is on full display with Faser’s debut EP, Crossing Hermi’s Bridge (out October 16), which shows off her rootsy pop-country sensibilities and bell-clear vocals on seven compositions. Faser’s writing charmingly examines age-appropriate but nonrestrictive topics such as relationships gone both right and awry, the comforts of going home again, and the motives of certain people in one’s life; all carried by a delightfully rippling backdrop of melodies ranging from sweetly reflective to cathartically driving. Putting an exact tag on her sound proves difficult, as she moves smoothly through a variety of sonic directions, including elements of country, pop, rock and folk.

The seven songs on the set were written solely by Faser, who started unofficially penning tunes at the age of 7 and is continually working to expand on her lyrical prowess. “At my age, I don’t have as much life experience as other writers. I have to write about what I know whether it is an experience I’ve actually had in the past or a fear I have about the future,” she explains. “I write about simple things in a simple way, that allows room for listeners to reflect on their own life experiences.”

The EP’s title seeks to pinpoint the ability of music to cross boundaries between people, as it references a bridge in Faser’s hometown named after Hermione Alexander, a civil rights and social justice activist who died in 1983.  “The plaque on the bridge reads ‘She built bridges across gulfs of prejudice and ignorance’ and that is something that I hope to do in my life through music or in whatever way I can.”

Vocally, Faser adds plenty of her personal charisma to the recordings, which were captured earlier this spring at The Insanery in Nashville by Grammy Award-winning producer Casey Wood—who’s worked with a staggering roster of talent including iconic artists Little Richard, Randy Travis, Kenny Rogers and the recently passed Charlie Daniels; as well as modern country sensations Randy Houser and Dustin Lynch.

While it is tempting to compare the high schooler to another famous young songwriter who forged her path in pop country–Taylor Swift– Faser’s vocals have a different dimension, having drawn from a rich and diverse range of influences such as Patsy Cline, Emmylou Harris, Kenny Loggins, Linda Ronstadt, Eva Cassidy, Lorde, and Tenille Townes. Faser, who is a remarkably confident performer for a teen, honed her delivery by playing live locally–starting, as with her songwriting, at an early age.

The first single from the EP, “Better Than Mine,” will be released August 18 and serve as a welcome introduction of Faser’s infectious spirit. Directly following the release of Crossing Hermi’s Bridge, fans will be able to experience Faser’s remarkable talents live on Oct. 17, as she will be opening for fellow Atlanta singer-songwriter Mark Miller at Eddieś Attic in Decatur, Ga. Faser will be showcasing her new music, as well as select favorites from the artists who influenced her over the years. Tickets for two showtimes (7 and 9:15 p.m.) are now available here.