Creating a unique mix of surf-rock, americana and pop, Bailey promises to soothe listeners with an array of guitar-fuelled melodies. Mixed by John Cornfield (Oasis, Muse, The Stone Roses) and produced by Gareth Young, the five tracks weave their way through a multitude of influences including the likes of Bruce Springsteen, Sam Fender and Phoebe Bridgers. Plus, featuring glowing sax additions from Michael Underwood (Rex Orange County) and stellar craftmanship from her band, California Fire promises to be a treat for all those seeking adventure.

Featuring the hazy single “Can’t Stop” and the Wonderland-approved “Deja Vu”, the EP reveals a combination of tracks built upon Bailey’s infamous Kernowfornia sound – a combination of surf, sun-soaked romance, dreams and endless possibility. Dazzling listeners with her enchanting vocals and soaring instrumentation on “California Fire”, it’s the americana-tinged “The Last Glimpse” that captures Bailey’s effortless woozy guitar twangs at their finest. Closing the EP with the uplifting “When The Lights Go Out”, the jangly, carefree sonics carry listeners into the deep seas of freedom.

“The thing I loved about making this record is the way I can feel the intersection of the music I love, with the community I’ve grown up in,” says Bailey. “The sun and surf of Cornwall alongside the Laurel Canyon sound of the 70’s. Aerosmith and Springsteen from the 80’s even Mazzy Star and The Cardigans from the 90’s in there too. California Fire is full of songs that shaped me as much as I shaped them. From day one, this was a full band record, a record we toured and honed at festivals before we went into the studio. We spoke about how we wanted to marry those influences with a surf rock sound to create our own unique Kernowfornia blend. Adding Micheal Underwood from Rex Orange County on saxophone alongside us really helped bring it all together.”

With recent support from Wonderland, Euphoria, Fame Magazine, Clout, Holler and 1883 Magazine, Bailey’s euphonious sounds have begun to gain the recognition they truly deserved. Also supported by BBC Introducing and BBC Radio 2’s Bob Harris – you can watch her ‘Under The Apple Tree’ session here – and championed by the likes of Brad Paisley, Bailey’s indie-folk melodies are captivating audiences in their abundance. Already having performed alongside Nick Mulvey and KT Tunstall, it’s clear that Bailey is one of the UK’s biggest emerging artists.

First making headlines in 2020 when she beat both Dua Lipa and The Pussycat Dolls to the #1 spot on the iTunes video charts despite being an unsigned artist, Bailey has since been featured in The Daily Mail, The Times, Cornwall Live, The Financial Times, The Independent, BBC Radio 4 and more for her 2021 single “Bright Red” which criticised a local hotel for the destruction of coastal headland for G7 meeting space – something which recently saw an appeal work in her favour.

With festival slots like The Great Escape, Wilderness, Spring Classic, Rock Oyster and Altitude already booked in the diary, Bailey’s summer is proving to be an exciting one for the 22 year old.

California Fire is released on May 27th. 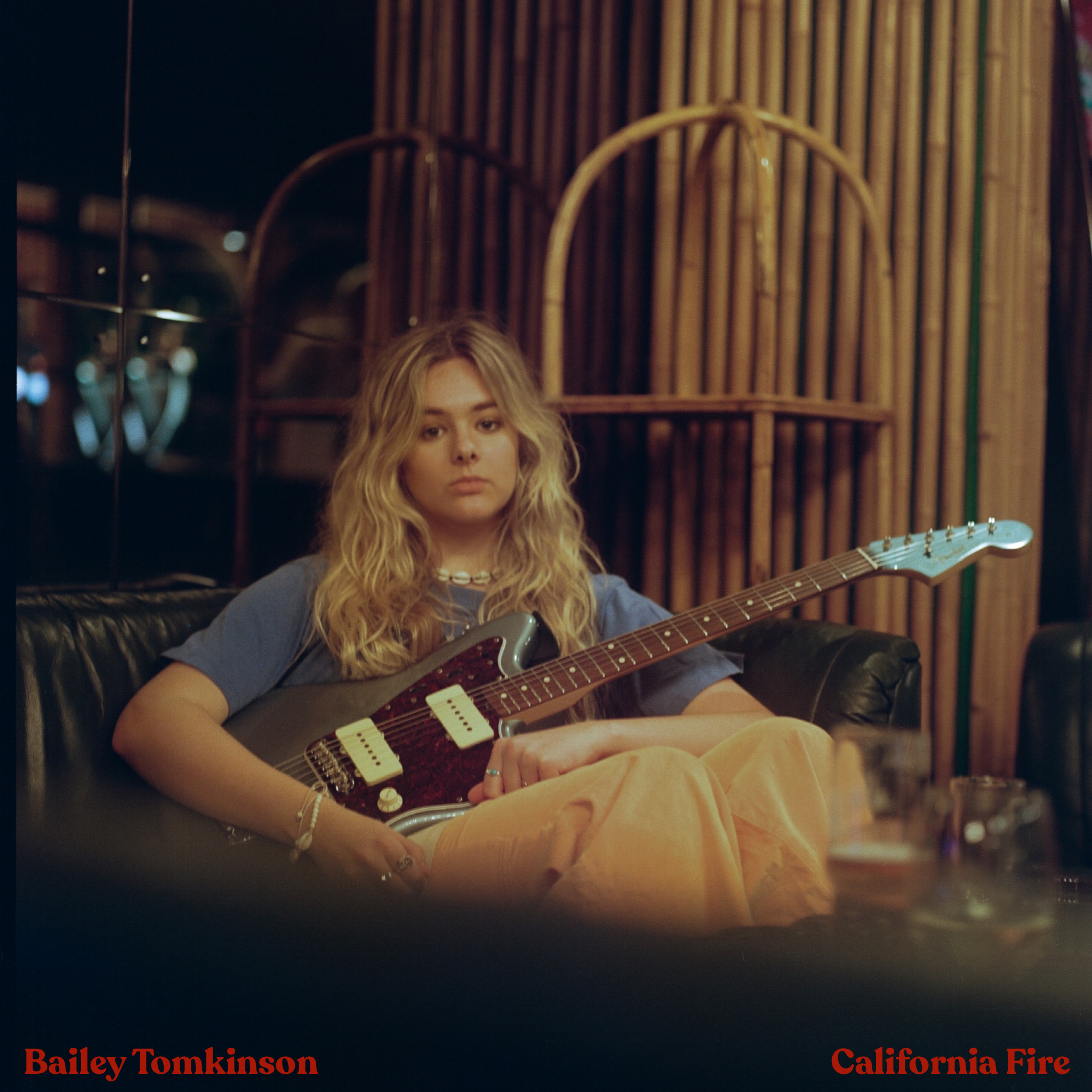