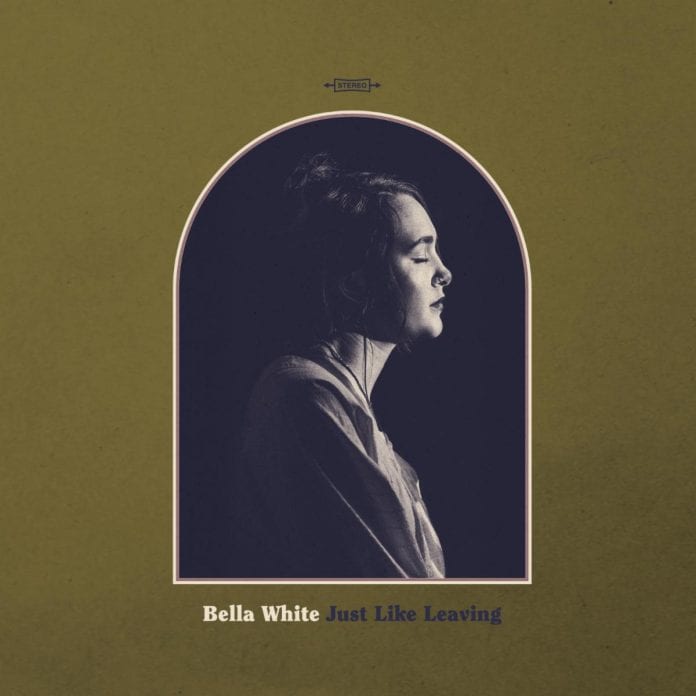 June 23, 2020 – Boston, MA – With a piercing, honest voice and a penchant for telling gorgeous, heartbreaking stories, Bella White is gearing up to show the world just how well a Canadian does “high and lonesome” on her debut album, Just Like Leaving, out everywhere on September 25th. Born in Calgary, Alberta, to a family with deep roots in the Blue Ridge Mountains of Virginia, 20-year old White is no newcomer to bluegrass or American roots music, having been raised by the sounds of Monroe and His Bluegrass Boys and Doc Watson from before she could walk. At 18 years of age, White took her childhood bluegrass education to Boston’s ever-burgeoning acoustic and roots music scene and began crafting her coming-of-age debut; a nine-song collection exploring the angst of a modern teenager with timeless and universally relatable language. Fans may have already gotten a glimpse into Just Like Leaving when the album’s first single, “Broke (When I Realized),” dropped earlier this year. Decidedly the heaviest song on the album, “Broke (When I Realized)” finds White coming to terms with her parents’ divorce. “So many young children go through this destruction, or as I chose to put it in the song, and perhaps a more gentle way of wording it, a decomposition of sorts,” says White. Hear “Broke (When I Realized)” here and pre-order Just Like Leaving at this link.

Jumping to Just Like Leaving’s penultimate tune, “All I Gave To You,” listeners get a glimpse of just how effortlessly White can weave a gentle, upbeat song out of the disheartening—especially for a teenager—guessing game of whether or not one’s love is reciprocated. Kicking off with a lilting, straight-from-Appalachia fiddle melody and mandolin chop, “All I Gave To You” tells a clear story of this universal human condition; wanting to feel revered. White’s penchant for giving life to these all-too-familiar feelings without bogging down with the weight they carry is what stands her apart from her peers. The album’s title track, “Just Like Leaving,” is another good example of White’s delicate songcraft. “[Just Like Leaving] touches on feelings when I physically leave a place, emotionally leave a relationship, or idea. It also talks to feeling left behind, often by things we can’t control in our lives,” says White. “It talks about running away from ourselves. a tendency that many of us seem to have. I was inspired by wondering how helpful running really is.”

With Just Like Leaving, White is emerging as not only the newest star student of the bluegrass genre but a poignant songsmith, gentle and wise beyond her years. White’s ability to translate a modern experience to an old sound is seamless and compelling and on full display on her stunning debut album. More information can be found at bellawhitemusic.com.

Just Like Leaving Tracklist:
Gutted
Not To Blame
Do You Think About Me At All
Just Like Leaving
The Hand Of Your Raising
Just Unwanted
Broke (When I Realized)
All I Gave To You
Now She Knows What It Feels Like