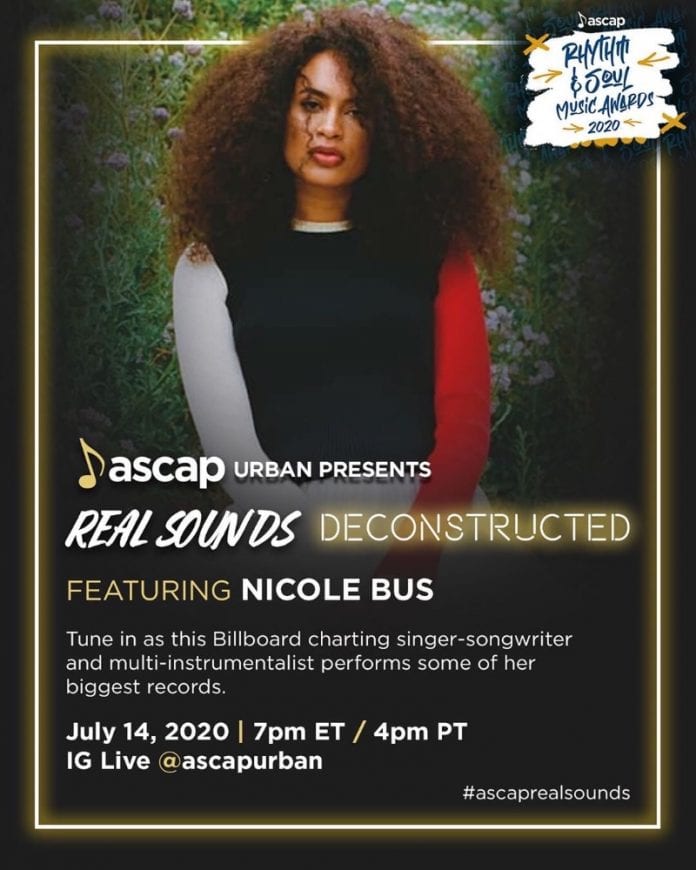 “Deconstructed” is a live conversation with a producer and/or songwriter who takes a behind-the-scenes look at some of their biggest records. Viewers learn about various components of the creation of two to three tracks, including the programming, layered production, beat breakdowns and suggestions the producer or songwriter may have used from other collaborators.

WHO: Billboard–charting singer-songwriter Nicole Bus grew up in a small Holland village listening to the likes of Sadé, Bob Marley and various gospel artists. At a young age, she was singing in church, playing keyboards, making beats and writing songs. After high school, she continued to study music and perform while attending Conservatorium van Amsterdam and traveling with groups throughout the Netherlands, Central America, Middle East and Western and Southeast Asia. In 2009, Bus broke out on her own to release her debut EP, winning the Grand Prize of the Netherlands. The following year, she signed with the Dutch division of major-label EMI and later went on to release her first full-length album The Heart of the Matter. By 2013, she competed in the fourth season of The Voice of Holland and reached the quarter finals. Her second album Magnolia, along with the EP T.O.T.A., followed in 2017. She worked closely with producer Needlz (50 Cent, Bruno Mars, Cardi B), which led to a deal with Roc Nation and the release of her 2018 single “You.” The emotive hip-hop/soul throwback was written in honor of Black men and topped Billboard‘s Adult R&B chart. “You” and the follow-up single “Mr. Big Shot” were featured on the 2019 full-length album Kairos.