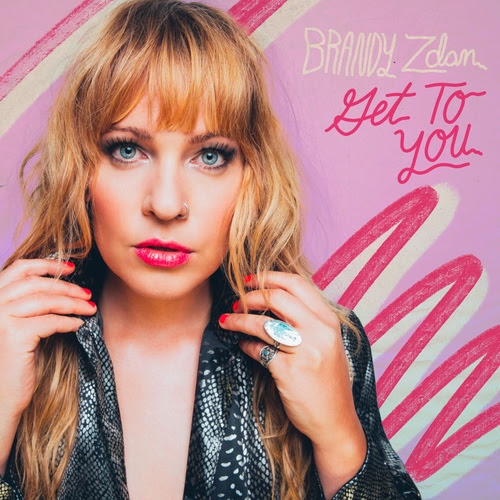 LISTEN TO “GET TO YOU”: HERE

Nashville’s Brandy Zdan has released “Get to You” the second single from her forthcoming album Secretear out May 11 on Tallest Man Records. The first single ”I Want Your Trouble” released in March has garnered Zdan comparisons to female rockers who write big hooks like Chrissie Hynde and the GoGo’s.

“Clearly drawing inspiration from 70s and 80s pop groups like Talking Heads and The Go Gos, “I Want Your Trouble” is going to have you toe-tapping along to its every beat. With its perfect combination of electric guitar strums and drum hits, “I Want Your Trouble” has all the satisfying elements of the perfect rock n’ roll tune.”  – East of 8th

The Beatles inspired “Get to You”  is a song about unrequited love. It was the very first song written for the album and happens to be Zdan’s personal favorite. Zdan co-produced  Secretear with Teddy Morgan, and recruited My Morning Jacket’s Tom Blankenship and Carl Broemel to play on the record.  For this record Zdan shed a lot of her personal skin and her musical past, letting go of those things that held her back from being the best version of herself. The Juno award nominee went back to her rock roots with this album and decided to put everything on the line,  so much so that she blew out her voice and ran her fingers raw from playing guitar the first week of recording. Leading into this album release Zdan has been on the road winning over some tough crowds of guitar and blues purists, opening for Doyle Bramhall and then touring with the legendary Buddy Guy.

“Zdan played electric guitar and sang, while accompanied only by a drummer. And while she was playing the blues, it brought back fond memories of another famous guitar-drum duo, The White Stripes.”  – California Rocker

Zdan will be performing Secretear in full at Douglas Corner in Nashville on May 11th. Her band for the show will feature Carl Broemel (guitar, pedal steel) and Tom Blankenship (bass) of My Morning Jacket, and Aaron Haynes of The Texas Gentlemen (drums). The show is free with RSVP. More details can be found HERE

RSVP FOR THE SHOW HERE or to