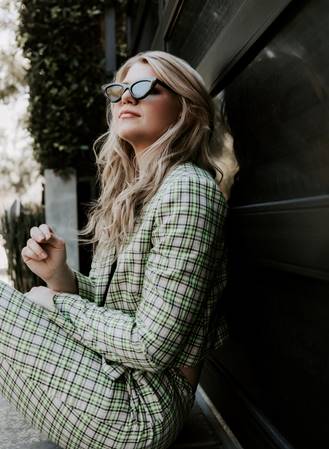 Brynn just recently wrapped up the “8 Letters Tour” with labelmates Why Don’t We and is gearing up to hit the road again with AJ Mitchell on his “Hopeful Tour” with dates beginning this weekend, May 5th in Denver, CO. For complete details and ticket information, please visit https://brynnelliott.com/.

“Internet You” follows the “TIME OF OUR LIVES” EP’s breakout single, “Might Not Like Me,” available for individual streaming and download HERE. Recently featured as part of YouTube’s influential “Artists On The Rise” program, the track’s companion visual – directed by Sarah McColgan (Kelly Clarkson, Charli XCX) – has amassed over 3 million views on Brynn’s YouTube channel. Furthermore, “Might Not Like Me” – a top 15 hit at Hot AC radio outlets nationwide – has been prominently featured in recent episodes of TV Land’s Younger and NBC’s American Ninja Warrior. Elliott marked the critical and popular success of “Might Not Like Me” with a number of national TV appearance, including NBC’s TODAY,  MTV TRL, and the nationally syndicated Live with Kelly and Ryan.

Co-written with GRAMMY® Award-winning producer Nathan Chapman (Taylor Swift, Kylie Minogue), the “TIME OF OUR LIVES” EP features a series of distinctive pop songs fueled in large part by Elliott’s just-concluded studies at Harvard University. Each of the five songs on the EP was inspired by a different philosopher or set of ideas, with the title track (and recent single), “Time of Our Lives,” drawing on Heidegger and existentialism and “Might Not Like Me” absorbing feminist critiques of Descartes into a buoyant and empowering pop anthem. In addition to studying philosophy as song inspiration, Elliott spent most of her weekends and summers on the road, playing over 200 shows both on her own and as special guest to such artists as Brandi Carlile, Grace Potter, and Alanis Morissette.

Friday, May 10th – Pontiac, MI – Pike Room At The Crofoot