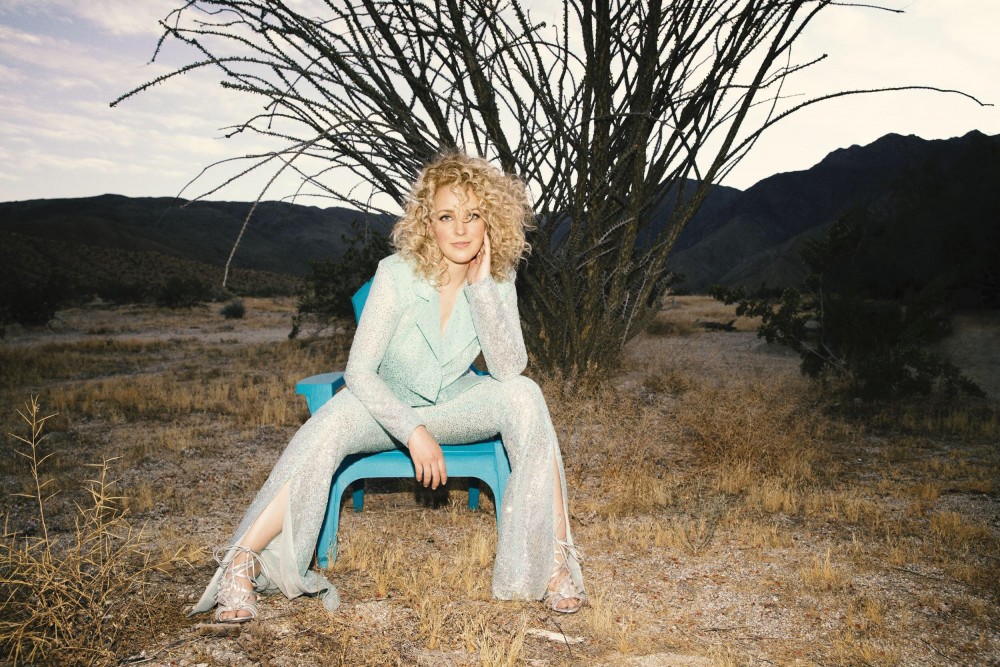 NASHVILLE, TN (July 28, 2020) Tune in today, Tuesday, July 28, to watch Cam bring a special live performance to Rolling Stone’s “In My Room” series, Presented by Gibson. Watch Cam’s performance which includes her new single “Classic” and “Redwood Tree,”–mid-set she invites songwriter-musician John Tucker in for “Rewind”–the show goes live at 3:00p ET, HERE and will be archived afterwards on RollingStone.com.

Music fans now have the chance to make a charitable donation and walk away with the perfect acoustic guitar, and one of Cam’s favorites, the Gibson Hummingbird acoustic guitar. Cam has teamed with Gibson Gives–the charitable arm of Gibson guitars–to auction an autographed Gibson Hummingbird acoustic guitar on CharityBuzz.com, starting today, July 28 and ending on Tuesday, August 11, HERE. CAM has chosen to donate all proceeds from the auction of the Hummingbird to True Colors United which implements innovative solutions to youth homelessness focusing on the unique experiences of LGBTQIA+ young people. For more information on True Colors United, visit: https://truecolorsunited.org/.

“Big thank you to Gibson and Rolling Stone for letting me play my new song ‘Classic,’ for amplifying the talented John Tucker, and for supporting the True Colors United that helps LGBTQIA+ kids experiencing homelessness.” -Cam

Bid to win a signed Gibson Hummingbird in Ebony autographed by Cam.
The distinctive Hummingbird. Much of the Hummingbird’s appeal lies in its versatility. No matter how you attack this flat-top, it pumps out rich, deep tones, and is equally at home strumming first-position chords as it is taking the spotlight for picking lead lines. Its spacious Mahogany body and sweet, select Sitka Spruce top are more than capable of nailing down the rhythm in the hands of a rock and roll sideman, or accompanying the most nuanced performance under the fingers of today’s alternative singer-songwriter.

In 2015, Cam took the world of country music by storm with her critically acclaimed full-length debut, Untamed. The record not only bowed in the Top 15 of the Billboard Top 200 and registered at #2 on the Top Country Albums Chart, but it also yielded her double-platinum GRAMMY®, CMA and ACM-nominated smash single, “Burning House,” which remains the bestselling country song by a female solo artist since its release in 2015. Since then, Cam has continued to thrive as both a songwriter and musician. She lent her writing voice to Miley Cyrus’ 2015 album, Bangerz, and co-wrote “Palace” with Sam Smith for his 2017 album, The Thrill of It All (the song also became the soundtrack for an exquisite Apple commercial). She broke boundaries with her bold and empowering 2017 lead single, “Diane,” and further showcased her range when she teamed up with Diplo for the genre-bending Thomas Wesley 2019 debut single, “So Long.” Cam has consistently sold-out shows across the globe, cementing her status as an international powerhouse on stage. She performed alongside Sam Smith for 4 sold-out shows at the O2 Arena in London and joined him on his 2018 North American tour, opened for Harry Styles at the legendary Ryman Auditorium in Nashville, delivered standout festivals sets including the coveted sunset slot at Stagecoach in 2019, headlined top venues across Europe and Australia, and performed a “game-changing” (Rolling Stone) debut-headline gig at The Ryman Auditorium. By taking risks and standing up for herself, Cam has continued to hustle and pave her own way. Earlier this year, Cam released two songs “Till There’s Nothing Left,” “Redwood Tree” and the newly released single “Classic” all from her highly anticipated sophomore album due out later this year. Listen and download “Classic” HERE and pre-order Cam’s new album The Otherside, due out October 30 via Triple Tigers/RCA Records, HERE.