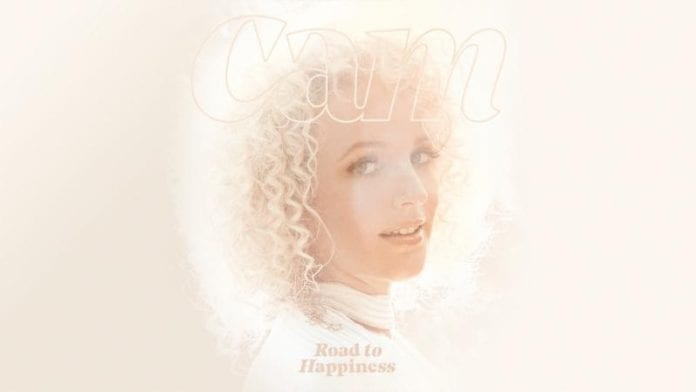 “I’ve met unhappy successful people and happy ‘unsuccessful’ people. There’s no one road to happiness, it doesn’t exist, it’s an illusion,” says Cam. “Happiness is now and it’s up to you to feel it in the moment. This song is me working through all this, and trying to be present and happy in my own way.”

“Road To Happiness” comes on the heels of Cam’s most recent single, “Diane”.  Following a performance and a mentorship on ABC’s American Idol the track skyrocketed back into the top 10 on iTunes Country Songs Chart. The stunning music video, which takes viewers on a journey through infidelity currently, has over two million views.

Most recently, Cam can be seen on the road supporting Sam Smith on the North American leg of his massive arena The Thrill of it All world tour. For more information on tickets and dates, please visit www.CamCountry.com.  The opportunity came about after Cam co-wrote “Palace” with Smith, a track he featured on his The Thrill of it All album, In addition to Sam’s version, which Cam is featured as a background vocalist and on electric guitar, she released her own acoustic version of the track (listen HERE).  Earlier this year, Cam also joined Smith on stage during his four sold-out O2 Arena shows in London, UK.

California-born singer/songwriter Cam emerged as one of the true breakthrough artists of the past two years. Her international hit, “Burning House” garnered Cam her first Platinum record, #1 country single and earned her a GRAMMY® Award nomination for Best Country Solo Performance, six nods at the Academy of Country Music Awards, three at the CMT Music Awards, two CMA Awards nominations and one at the 2016 American Music Awards. “Burning House” is still the most-downloaded song by a female country artist since its release in 2015 and is off Cam’s debut album Untamed, which debuted at #2 on Billboard‘s Top Country Albums chart with the year’s best first-week album sales by a debut country artist. Produced by GRAMMY-winning Producer of the Year Jeff Bhasker (Harry Styles, Ed Sheeran, Bruno Mars) and multiple-GRAMMY nominee Tyler Johnson (Harry Styles, Sam Smith, Ed Sheeran), Untamed was met with widespread critical acclaim from The New York Times, Entertainment Weekly, PEOPLE, Associated Press, and many others. Since her debut, Cam has appeared on national TV programs including Good Morning America, Today, CBS This Morning, The Voice, The Tonight Show, Jimmy Kimmel Live!, The Talk, The Ellen DeGeneres Show, LIVE with Kelly, The Grammys, CMA Awards, ACM Awards, and The 10th ACM Honors CBS special with Alicia Keys. In addition to sharing the stage with music superstars like Harry Styles, George Strait, and Tim McGraw & Faith Hill, 2017 also highlighted Cam’s prolific songwriting. Now in 2018, Cam returns with a bold new single, “Diane,” the lead song off her forthcoming Arista Nashville/RCA Records sophomore album. Joining forces again with her “Burning House” co-writers, “Diane” is a driving, tempo-rich track that delivers a sonically refreshing tale of love, regret, and commiseration. Less than a month after its release, the song was praised as one of the Best Songs (all-genre) of 2017 by NPR and #3 on the 25 Best Country Songs of 2017 by Rolling Stone Country and made a multi-week residency on Spotify’s Viral 50 USA Chart.

To Purchase or Listen to “Road To Happiness”