Nashville-based country singer Candi Carpenter shows off her powerful voice in her take on Merle Haggard’s, “If We Make It Through December”, which premiered today on The Boot.

Candi’s performance inspired a 1950’s themed music video, which will debut in December of 2018.

“I grew up backstage at The Grand Ole Opry, but I was every bit as influenced by Judy Garland and Elvis Presley as I was by Loretta Lynn, Dolly Parton, and Merle Haggard,” says Candi Carpenter, who spent her teen years touring with country music legend, Jack Greene. “The first cut I ever had as a songwriter was a holiday song I co-wrote for Jack called ‘Red, White, and Blue Christmas.’ I was seventeen years old when Jack performed it on The Opry stage for the first time.”

“When my producer, Ron Fair, first approached me about recording a Christmas standard, I wanted to choose something unique and true to my roots. I suggested Merle Haggard’s classic “If We Make It Through December,” and Ron loved the idea. He wrote a stunning new arrangement, with all of the grandeur of a vintage holiday record.” Ron Fair is a veteran A&R executive, record producer, arranger, recording engineer, and songwriter with a career that has spanned over 30 years at major record labels. He is best known as a “guru/mentor”, guiding the careers of unknown artists and turning them into superstars. Among the artists he has produced are Christina Aguilera, Lady Gaga, Mary J. Blige, Vanessa Carlton, Keyshia Cole, The Black Eyed Peas, Fergie, the Pussycat Dolls, and now, Candi Carpenter.

“Ron is a swiss army knife in the studio. He scored the strings himself, and produced, and conducted an 18 piece orchestra while engineering the session. Everything on the record is organic. The horns, the choir, the strings, and all of the instruments were tracked live.”

Fair is also producing Candi’s heavily anticipated new EP, which is slated to come out in 2019. “He says it sounds like a country Lady Gaga, but I think it sounds like Freddie Mercury if Queen had been a country band,” says Carpenter. Fans can expect compelling storytelling, soaring vocals, lush strings, and a more authentic Candi Carpenter than they’ve ever heard before. “It’s going to be a very dramatic EP, which is appropriate because I’m a very dramatic person. I can’t wait to tour next year, and finally share my heart with the world.” 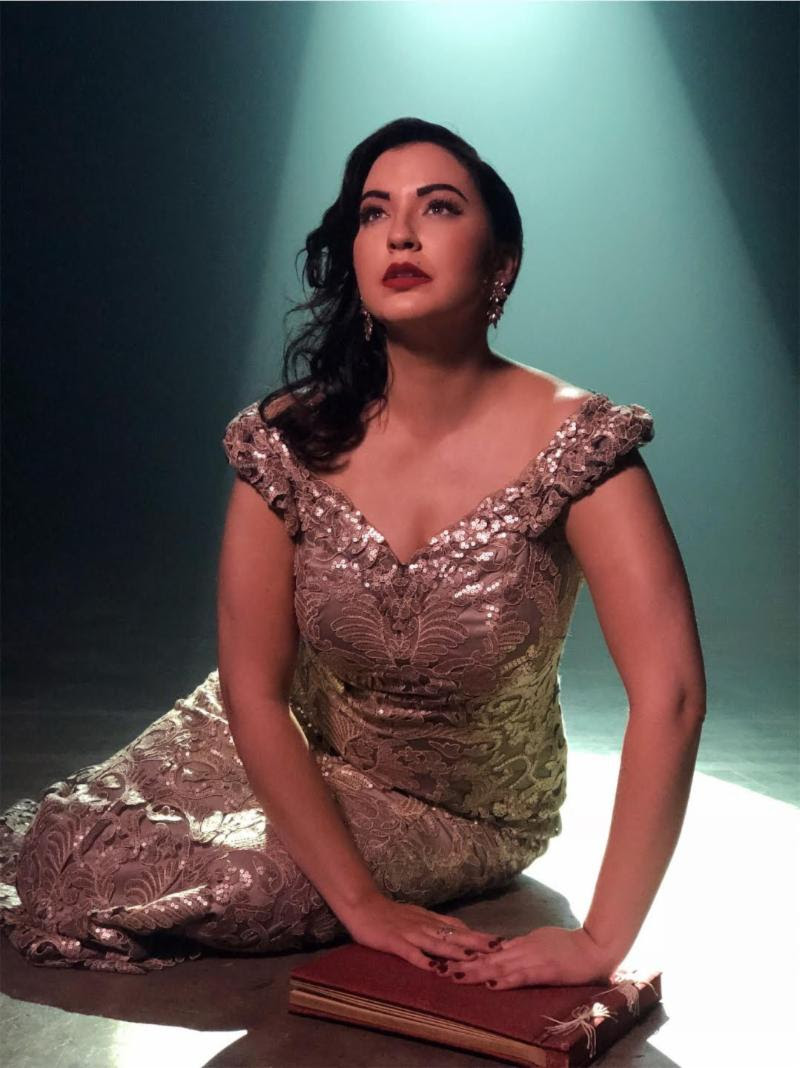 Nashville, Tennessee is called a ten-year town. For Candi Carpenter, it’s been twenty years of hard work, heartbreak, and second chances. “A lot of people say I have a crazy story,” she says. “Maybe I do, but I think we’re all messed up in our own way. That’s why I write about the bad, the ugly, and the good that makes it all worthwhile. The hurt, and the healing, and everything in between.”

Rolling Stone Magazine calls Candi Carpenter “a devastatingly direct singer with a gospel foundation, a Janis Joplin obsession and an axe to grind.” Her musical roots are buried deep in memories of stained glass windows and dog-eared hymnals, as she toured the Midwest with her family’s gospel band. At age 11, she crashed a Vince Gill concert by writing “Can I yodel for you?” on the back of a ticket stub. Later that year, she signed her first production deal in Nashville, trading high school for a small room at The Shoney’s Inn downtown and the stages of honky-tonk dives like Tootsies and The Broken Spoke Saloon. She performed every night until the bars closed down, hiding from the police in the bathrooms.

When Candi was 16, country music legend Jack Greene heard the raw honesty in Candi’s music and took her under his wing as his duet partner. She spent her weekends backstage at The Grand Ole Opry, writing and touring the country with the likes of Bill Anderson, Little Jimmy Dickens, Porter Wagoner, and Loretta Lynn.

Thrown in young into a dangerous industry, Candi found herself trapped, alongside Jack, in a crooked management deal. After years of misery and little control over her career or music, Candi was pulled into a disastrous marriage. What could have ended her career instead drove her harder, and tempered her music with the bare honestly that sets it apart today. With the support of her friends, she gathered the strength to move out, move on, and take control of her life.

She cleaned houses, and worked three jobs to pay for demos and groceries, until signing with CTK Management in 2014. That relationship ultimately led to a production deal with Grammy award-winning producer and veteran major label A&R executive, Ron Fair.

Fair, who is best known as a ‘guru/mentor,’ guiding the careers of unknown artists and turning them into superstars, recalled: “My own personal hope in moving to Nashville was to somehow open my studio door, and pray that someone extraordinary would walk in. When I first heard Candi’s demo of ‘Affirmation,’ I had to hide my face… because I had burst into tears. I’m all too aware of how rare that reaction is.” His many credits and multiple #1 hits include Christina Aguilera, Lady Gaga, Mary J. Blige, Vanessa Carlton, Keyshia Cole, The Black Eyed Peas, Fergie, the Pussycat Dolls, and now, Candi Carpenter.

The heavily anticipated new EP, which is slated to come out in 2019, will showcase soaring vocals, compelling storytelling, lush strings, and a more authentic Candi Carpenter than fans have ever heard before. “Ron says it sounds like a country Lady Gaga, but I say it sounds like Freddie Mercury if Queen had been a country band. It’s going to be a very dramatic EP, which is appropriate because I’m a very dramatic person. It will also be true to my country roots. I can’t wait to tour next year, and finally share my heart with the world.”

Candi Carpenter is a real-life Cinderella story, but this time, Cinderella saves herself in the end. The late Phil Everly, her close friend, and collaborator said it best, “If her future is as bright as her talent, she is going to be a very big star.”