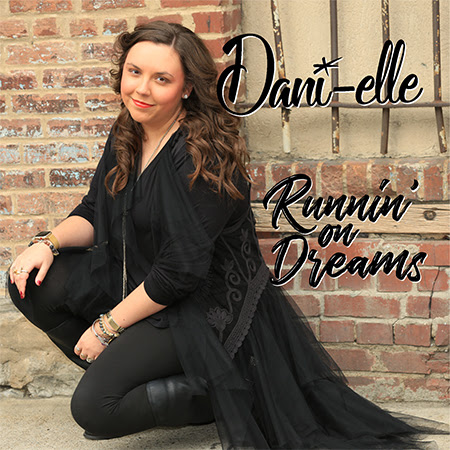 NASHVILLE, Tenn. – (November 30, 2018) – Pennsylvania native and award-winning performer, songwriter, and recording artist, Dani-elle Kleha, released her new EP, “Runnin’ On Dreams,” today via all music platforms for streaming and digital download and is available to order from her website.
“I am so excited to finally release “Runnin’ on Dreams” and for everyone to hear what I have been up to,” said Dani-elle Kleha. “This EP is for the fans and is an accurate depiction of who I am as both an artist and a person.”

“Runnin’ on Dreams” is an exciting release for Dani-elle as it reveals her personal growth as well as musical since her last album, “Eleven.” Dan-elle knew from the moment that she had the idea of releasing an EP this year, that she wanted this project to have the focus on her dedicated and loyal fans. “This one is for every single person who has been alongside me on this dream,” she said. Much of her heart and soul was put into this project and it was really important for her to show all of her emotional sides and ensure there was something for everyone. From rallying along with the happiness to feeling sadness and of course there is a little bit of sass, as well as everything in between.Dani-elle wanted this music to be a re introduction of who she is and a hint of what is to come on the horizon.

Dani-elle continues to promote her last single “Get Back Up” released in April 2018, a song that inspired her “Positive Youth Tour,” a series of live shows performed at schools in Pennsylvania’s Lackawanna and Susquehanna counties, where the concerts include segments during which Dani-elle speaks to students about following their dreams, bullying, and self-worth.

About Dani-elle Kleha:
Dani-elle Kleha is an aspiring, performer and recording artist from Jermyn, Pennsylvania with a sound well beyond her years. Her voice is a combination emulating a throwback to 90’s country mixed with a modern flair. The ability to captivate the audience from the moment she steps on stage to the moment the crowd files out the doors, Dani-elle always leaves her fans with a lasting impression. She has shared the bill with artists Luke Bryan, Jason Aldean, Dierks Bentley and more.
Along with her busy schedule, Dani-elle makes time to give back to the community and nationally with her position of being the National Spokesperson for “Veteran’s Promise” as well as headlining the “Positive Youth Tour,” a series of live shows performed at schools in Pennsylvania’s Lackawanna and Susquehanna counties, where the concerts include segments during which Dani-elle speaks to students about following their dreams, bullying, and self-worth. This is only the beginning and there is no stopping her now. Her fresh new look and unique sound has her taking the Country Music world by storm one song at a time. Stay current with everything Dani-elle Kleha on her website dani-ellesings.com.