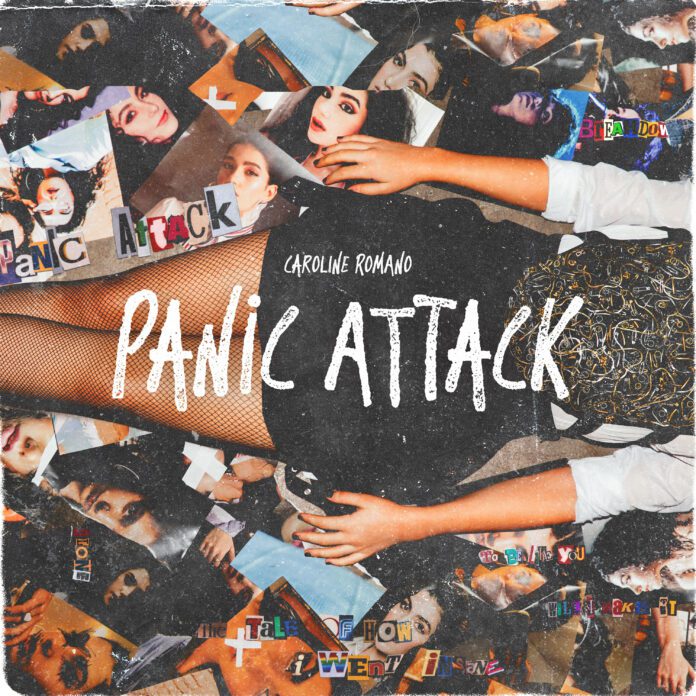 “Panic Attack” is a stripped-back serenade that highlights the intimacy of Caroline’s songwriting. Unwinding over gentle acoustic guitar, her vocals are strikingly raw and untempered as she recalls the paralyzing sensation of a panic attack.

Caroline elaborates on the new single: “I wrote “Panic Attack’ in a parked car after one of the worst panic attacks I’ve ever experienced. I had just gotten off the phone with my mom, frantic because I didn’t know what to do or how to help myself. The only thing I knew to do was to write it all down. It’s still not something I can fully put into words, but writing this song helped pull me out of my own head. I’m an incredibly anxious person and I’ve struggled with my mental health for as long as I can remember, which is why it felt so important to spotlight ‘Panic Attack’ as a single. The last line of the song is, ‘I think I’m gonna be okay,’ because I truly believe that— I believe it for myself and for anyone listening. We’re going to be more than okay.”

“Panic Attack” will be included on Caroline’s upcoming album alongside singles like “The Hypothetical,” “Ireland In 2009,” “Oddities and Prodigies” and “Lonely Interlude.” From misty-eyed ballads to fiery pop-punk anthems, Oddities and Prodigies cements Caroline as one of the next great pop acts.

At just 20-years-old, the self-proclaimed “loudest sort of introvert” has already written and performed into the hearts and ears of an anxious generation. She’s accrued millions of streams across her repertoire and has caught the attention of key tastemakers like Hollywood Life, Just Jared, and American Songwriter. Her songwriting abilities showcase her witty, introspective and hopeful take on modernity, romanticism and the highs and lows of being young in today’s world. A paradox on many levels, her music is both brave and optimistic during times that she admits are all too often frightening and lovely at once. A unique and passionate force in the music world, Caroline Romano is well on her way to stardom.

Listen to “Panic Attack” on all streaming platforms: https://onerpm.link/panicattack