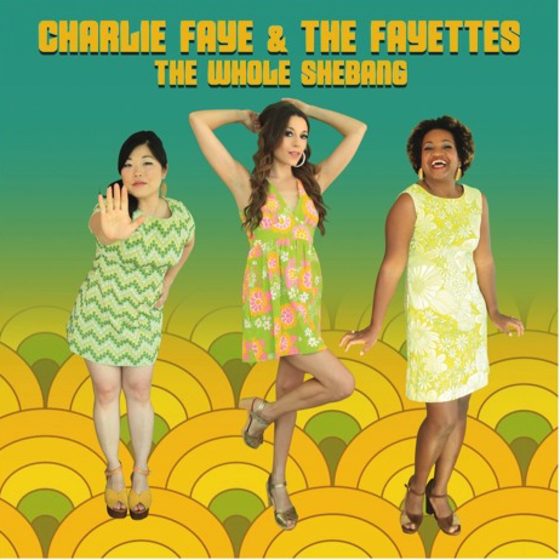 AUSTIN, Texas — The ’60s may have been a time when girls searched for clues in his kiss and pondered whether sweet-talkin’ guys would still love them tomorrow, but it was also the decade when they started questioning the status quo; by the time the ’70s dawned, they knew what they wanted: r-e-s-p-e-c-t, in the house, the House and everywhere else.

On their second album, The Whole Shebang, Charlie Faye & the Fayettes hark back to that time on 12 tracks packed like suitcases full of sassy harmonies and swingin’ soul, while folding in modern-day perspectives — and a determination to dance through the madness enveloping our world.

Due out February 8, 2019, The Whole Shebang builds on the success of 2016’s Charlie Faye & the Fayettes. This time, Charlie Faye and backing vocalists BettySoo and Akina Adderley arranged their retro-pop harmonies together, perfectly evoking the musical essence of a time when innocence collided with awareness that change had to come — for everyone. Celebrating the former while acknowledging the latter, songwriter and lead singer Faye deftly balances simple odes to falling in love (“1-2-3-4,” “Riding High”) with declarations of independence (the first single, “I Don’t Need No Baby”) and calls to wake up, get wise, speak up, organize (“You, Gotta, Give it Up [Party Song]”).

“I’m still influenced by ’60s girl groups, but this time around, other elements came into play, too,” Austinite Faye explains. “I wanted us to start venturing a little more into the early ’70s, as so many of the great girl groups did.” 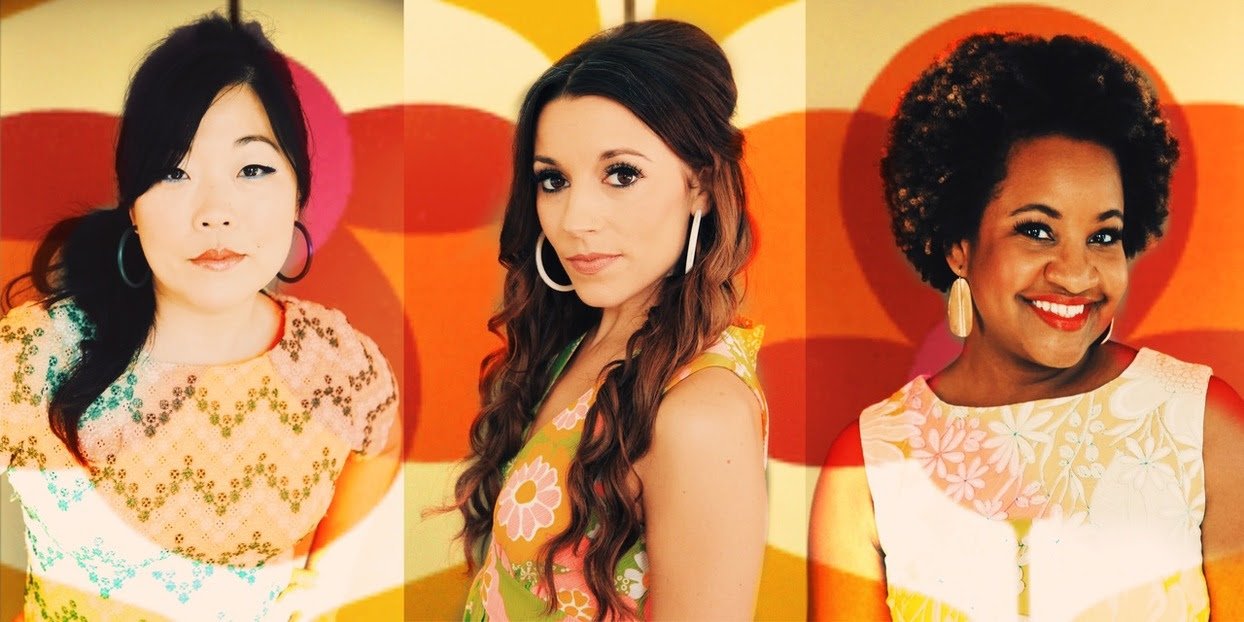 That’s where songs such as “Night People” come in. One of five Shebangtracks co-written by Nashville tunesmith Bill DeMain, it was inspired by Tommy Dorsey’s version of the Allen Toussaint song.

“They sound nothing alike, but I liked the idea of writing a song with that title,” Faye says. “Austin has a great culture of people who love music and love to go out and dance and have a good time at night. It’s a song for them.”

“You Gotta Give It Up (Party Song)” grooves its way even more deeply into ’70s territory. Co-written with bassist Eric Holden (Shakira, Josh Groban, The BoDeans), who produced the album, it fulfills Faye’s desire to reincarnate the rhythmic spirit of James Brown.

“We wrote two verses and couldn’t decide if it wanted to be a party song or some kind of encouragement for social action,” Faye says. “So it became both.”

“Baby We’ll Be Okay,” also co-written with DeMain, acknowledges that the world’s woes can create a heavy weight so deep inside my heart, but her song’s peppy, string-laden melody and title refrain convey a sense of optimism — one we need to maintain, she says.

“Don’t we all want to believe that it’s going to turn out OK?” Faye asks. “In times like this, we all need a little comfort from the ones we love.”

Just as ’60s and ’70s music inspired action and soothed the souls of weary activists, it also provided escape; when the world’s a ball of confusion, sometimes we just need a great rhythm to dance to or a catchy melody to hum. And Faye delivers, with rockin’ rompers such as “Tonight’s the Night,” an homage to doo-wop, and “Stone Cold Fox,” which twangs its way through territory chicken-picked by Chuck Berry and “Secret Agent Man” Johnny Rivers. In addition to guitarist Marcus Watkins’ great rhythm work, it features hot solos by Austin legend Bill Kirchen, of Commander Cody & His Lost Planet Airmen fame.

While fun is the first order of the day, Faye also learned from her favorite musical period that good-time music can still be thought-provoking. On the feminist manifesto “I Don’t Need No Baby,” her #MeToo-era answer to the Ronettes’ classic “Be My Baby,” she lets the chauvinists and mansplainers of the world know she’s just fine without them — or any man.

That song and “The Cream Rises to the Top” began as musical concepts for Riverdale, the TV embodiment of Archie Comics characters, which had placed two Charlie Faye & the Fayettes songs in previous episodes. Faye was asked to create songs for Josie, the self-assured young woman who fronts Josie & the Pussycats. (Her licensing deal with Bank Robber Musicalso resulted in placements on CBS’s SEAL Team and the Netflix show Girlboss.)

“Pete’s pretty integral to the process,” says Holden. “He and Charlie have a great connection. He goes deep with old soul music and a lot of obscure stuff that Charlie’s really hip to, so they really hit it off.”

Adds Faye, “He knows what I want without me having to explain it.”

Plus, she’s a huge fan of Nick Lowe and others with whom he’s collaborated. In fact, she says, she wrote “Stone Cold Fox” after covering “Let’s Talk About Us,” an Otis Blackwell song Lowe and Dave Edmunds had performed together in their Rockpile era. “I’ve always put a cover with that feel in my set,” she explains. “Eventually, I decided I just needed to write one.”

That emboldened her to pursue her desire to write and sing fun, entertaining songs instead of the introspective fare that tends to be a folkie’s stock in trade. Her love of girl groups and singing harmony with her own girlfriends led to trying her hand at that style, which led to the first Fayettes album and the act she formed with BettySoo and Adderley.

In addition to their own solo careers and side projects, BettySoo and Adderley have donned vintage dresses and performed choreographed dance moves as Fayettes for a few years now, backing Faye at several official South by Southwest and AmericanaFest showcases, as well as gigs all over the country. The two were in for The Whole Shebang from the get-go. Faye sent them basic tracks recorded in L.A., and they developed ideas for their Austin recording sessions.

“They work together so seamlessly, they’re like one entity. They’re such pros, and they always agree on what to do,” Faye says.

Adds Holden, “On almost every song, it was pretty obvious when we had it. When it was great, everybody knew it. And it was fast, too. We recorded the vocals in only two days.”

Charlie Faye & the Fayettes are evolving onstage, too, with new choreography and more of a full-on musical revue, turning their appearances into true musical events.

Faye’s channeling musical inspiration from the Godfather of Soul, after all, so why not go for … the whole shebang?