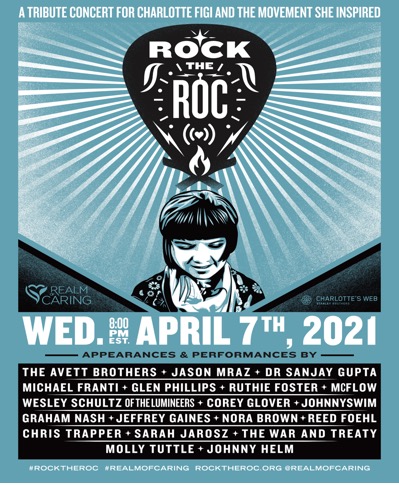 “Cannabis has saved countless lives, one of which was my son,” Jackson shared. “He would not have benefited from cannabis if it weren’t for the bravery of the Figi Family and Charlotte, our guiding light. I invite you to come together to celebrate Charlotte and support all those who rely on hemp and cannabis to improve their quality of life—and what better way to celebrate than with music.”

The Stanley Brothers kick-started the industry in 2012 with Charlotte’s Web hemp extract, named for young Charlotte Figi. Her remarkable story was first featured by CNN‘s Dr. Sanjay Gupta and has since garnered global attention and they’ve been hailed as the OG’s of the CBD industry. Since inception, they have focused on plant-based healing to become defenders of a community often failed by traditional medicine. They’ve helped to transform laws and lives with their botanical innovations and have reached millions of people around the world.

Rock the RoC invites members of the public to secure a free virtual ticket at RockTheRoC.org and stream the concert via Nugs.tv on April 7, 2021. Those looking to support the event and RoC’s work can visit Kickstarter and make a tax-deductible donation.