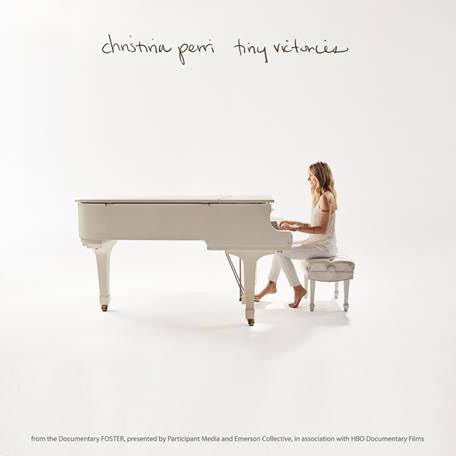 MAY 3 – Multi-platinum recording artist Christina Perri has shared “Tiny Victories,” a new track written for the upcoming documentary FOSTER, presented by Participant Media and Emerson Collective, in association with HBO Documentary Films. “Tiny Victories” is accompanied by a lyric video, which is streaming now via Christina Perri’s official YouTube channel. Perri commented on the track, stating “I wrote Tiny Victories with AG for the beautiful and inspiring documentary ‘FOSTER.’ It is an honor and a privilege to lend my voice and words to this story. The song is about overcoming something standing in your way, when sometimes it can look very small, but only you know how important the victory is. Those are the moments that change our lives. AG and I were both pregnant when we wrote this song, experiencing many struggles, insecurities and challenges that we had to overcome just to get out of bed and show up for work each day. ‘Tiny Victories’ encompasses every truth we have & I hope it speaks to the subject matter of this powerful film – that triumph comes in all forms; it’s all meaningful, it’s all a victory.”

Perri’s brand new album, songs for carmella: lullabies & sing-a-longs, is available now via Elektra Records.  Her first new music in nearly four years, the release was timed to celebrate the acclaimed singer-songwriter’s eponymous daughter Carmella’s first birthday.  The album is a collection of songs that Perri has been singing for her daughter every day since her arrival, including the original “you mean the whole wide world to me” and a lullaby version of her 7x-Platinum smash “a thousand years.” Both tracks are paired with heartwarming companion visuals that feature Carmella herself and can be viewed HERE.

Named iTunes’ “Breakthrough Pop Artist of 2011,” Perri earned critical applause and an increasingly fervent fan following with her extraordinary debut, lovestrong. Highlighted by the 5x-platinum certified smash, “Jar of Hearts,” the album – produced by GRAMMY®-winning producer Joe Chiccarelli (The White Stripes, My Morning Jacket) – entered the SoundScan/Billboard 200 among the top 5 upon its initial 2011 release, while also proving an unqualified international sensation with top 5 success in Australia and Ireland as well as top 10 sales in Canada and the United Kingdom.

HEAD OR HEART, Perri’s acclaimed second album, arrived in 2014, highlighted by the RIAA 2X platinum certified single, “Human.” Hailed by Billboard as a “delicate alt-pop ballad that should delight supporters of (Perri’s) breakthrough single ‘Jar of Hearts,’” the track proved another colossal hit for Perri, lighting up the Top 10 at multi-format radio outlets nationwide, while also ascending to Top 10 status on the iTunes Store.