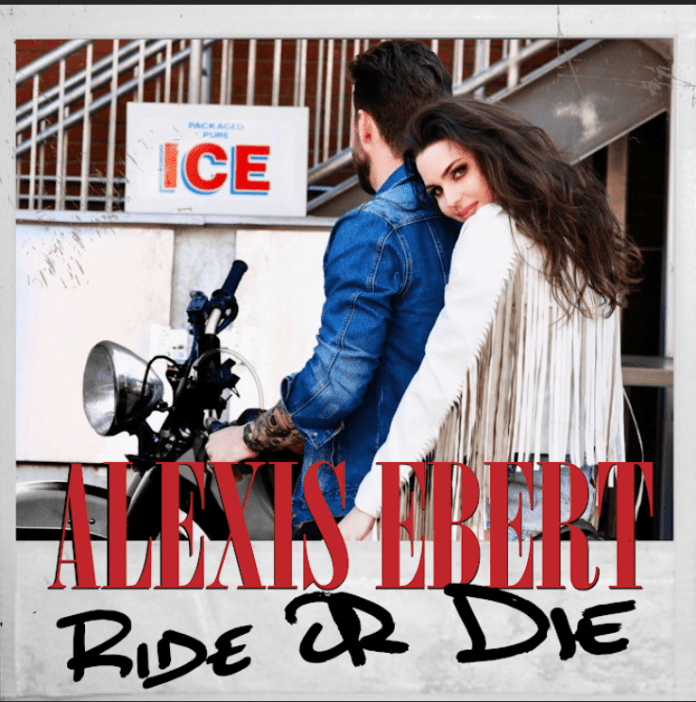 Smashville Entertainment flagship artist, Alexis Ebert (and former Warner Bros. Nashville recording artist), is set to make her country radio debut with the release of her original tune, “Ride Or Die.”* Slated for release to country radio in late January [PlayMPE 01/29/19], Alexis takes the listeners for a flirtatious ride on the rebellious side. Co-written alongside award-winning songwriter, film and television producer Tammy Hyler (of “Runaway Bride”/”Confessions Of A Teenage Drama Queen”/”Desperate Housewives” fame and who has also collaborated with Martina McBride, Shania Twain, Billy Ray Cyrus, Taylor Swift and many others), the track will be available via all major digital retail and streaming outlets (Amazon/iTunes/Pandora/ Rhapsody/ Spotify) on Friday, March 29, 2018.

The explosive tune winds up with a “ready-aim-fire” intro set off by fiddle and banjo licks. Far-and-away from a sappy “Romeo and Juliet” ballad, the brazen “Bonnie and Clyde” high-energy tune is ignited by saucy, matter-of-fact lyrics and burns it down with a chemistry that’s a “perfect match.” Poised to revive the Tush Push in the honky tonks, dance halls and biker bars across the country, “Ride Or Die” lines up from heel-to-toe with the likes of “Boot Scootin’ Boogie” and “Achy Breaky Heart” in Alexis Ebert Hillbilly Hollywood Country style.

He’s my whisky and I’m his wine

He’s my shotgun and I’m his crime

He’s my left hook and I’m his right

And I’d take a bullet for him

“I don’t write ‘relationship’ songs much. …about heartache and breakups. I like to write songs that are empowering and I like to write more for the listener than for myself to enable them an escape—to get out of their head or transport them to a different place,” said singer/songwriter/actress, Alexis Ebert. “Tammy and I wanted to write a driving, bad-ass song; this just happened to be inspired a beautiful boy who could only be described as a “work of art. I hope the listeners enjoy the ride!”

He likes the way

His whole body is covered in ink

Alexis is a free-spirited wild child who lives for adventure yet is tamed by a peaceful silence that comes from within. The Oregon native began singing professionally when she was just six years old–opening for Tanya Tucker–and before entering her teenage years, she took the spotlight on the same stages as Keith Urban, Miranda Lambert, Reba McEntire, Sugarland, Trace Adkins and many more. She landed an audition for “Country Tonight” (Branson) and made the grade to join the cast of 60. She performed two shows a day, six-days-a-week over the course of a six-month tour as a twelve-year-old.

Alexis “arrived” in Music City, TN in 2003 and captured the attention of Warner Bros. bigwigs who threw a label deal on the table nearly on the spot. She joined the Warner Bros. roster in 2004, secured a major publishing deal, and recorded an entire album withGrammy winning Paul Worley producing (featuring 12 Alexis Ebert originals) with the goal to release a debut single to country radio. The plan was nixed when a new chief was seated followed by an almost full roster sweep; she moved on to sign a staff writing deal with Sony ATV Publishing. Alexis’ talents have been tapped by motion picture film producers; “The Real Me” is featured in the Disney movie “Confessions Of A Teenage Drama Queen” (Lindsay Lohan). She also landed a role in the 2014 film “Like A Country Song” (Billy Ray Cyrus); two Ebert tunes appear on the soundtrack.