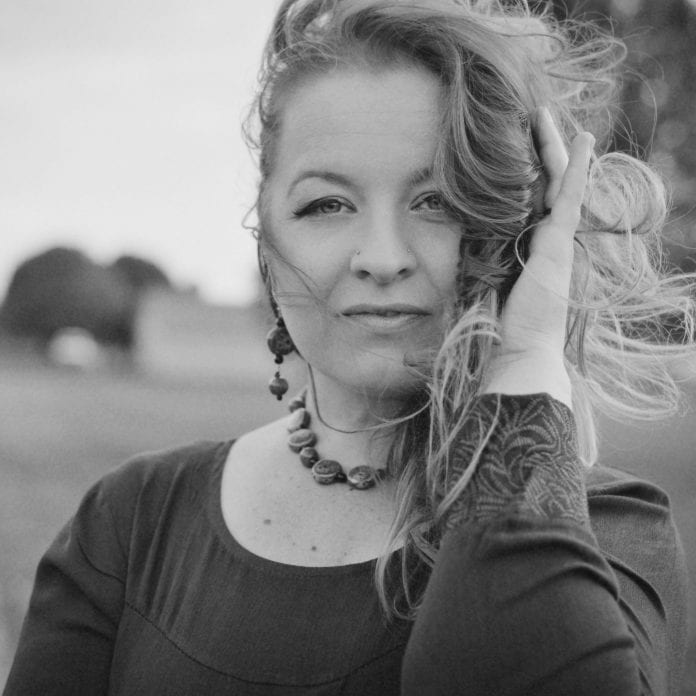 Her debut solo album, The Days When Peonies Prayed for the Ants, is rooted in lush indie-folk, orchestral Americana, and organic pop

“This is relevant roots music.  These songs reverberate from deep within. A sweeping concoction that will take you away and create a transcending listening experience, The Days When Peonies Prayed For The Ants is a quiet release from the mundane. …Emotional and heartwarming, these inspiration songs filled with personal anecdotes are polished and overflowing with Ellen Starski’s magnetic personality.  A very memorable album…” – Stars and Celebs

Nashville-based singer-songwriter Ellen Starski is set to hit the road this spring for six dates (see tour schedule below) in the Midwest and East Coast. Starski is touring in support of her solo debut album, The Days When Peonies Prayed for the Ants, which was released in 2018.

“Having the chance to bring the Peonies album to new ears and rooms has me electrified with a zest that only the mysteries of music can convey,” says Starski.

On the collection, which was written over the course of 12 years, Starski explores both her homeland and herself, traveling from the coal country of rural Pennsylvania to the roots-music hotbed of Nashville, Tennessee, and creating a soundtrack to that period of self-discovery. The album is autobiographical and rooted in a lush mix of indie-folk, orchestral Americana, and organic pop.

Press support for the album has been extensive. PopMatters.com said “…the album acts as a soundtrack of sorts for Starski’s life leading up to its moment of completion, scrap-booking essential moments of her life into song. From her travels in coal-led rural Pennsylvania to the roots music capital of Nashville, the troubadour details the good, the bad, and the in-between in picturesque detail.”  Glide Magazine praised the collection, writing, “The album encapsulates Starski’s talent as both a songwriter and a singer… with lush yet quiet textures that allow her voice to really shine. Mostly quiet yet powerfully striking, the album is an impressive solo debut from an artist with much to offer.”  Take Effect Reviews wrote of Peonies: “Starski’s way of navigating indie-folk and Americana sounds through her stories unfolds with the utmost beauty… Starski has a keen ability to reach directly into our souls… As far as debuts go, this one is aces…”  Off-Center Views gave the album high praise, writing, “I always appreciate musicians who take chances and Starski’s recording ranks high among my 2018 favorites.” Music Street Journal declared the album “exceptional,” Imperfect Fifth called her music “beautiful folk-rock,” andBlastEcho.com dubbed it “pretty d*mn enjoyable.”

Sonically influenced by Leonard Cohen, Bob Dylan’s Desire, and the Alison Krauss/Robert Plant collaboration Raising Sand, The Days When Peonies Prayed for the Ants offers up a combination of sweeping string arrangements, stripped-down piano ballads, finger-plucked folk songs, and everything in between, all held together by a voice that’s both emotional and elastic, singing about the triumphs, missteps, and stories she’s picked up along the way. There are songs about loss, heartbreak, and family, all of them filled with details from Starksi’s own life. Personal anecdotes are woven throughout, but The Days When Peonies Prayed for the Ants ultimately delivers a universal message: that you cannot come to grips with yourself until you come to grips with the beautiful wreckage of your past.

Starski was born in Reynoldsville, a town in the woodlands of Western Pennsylvania, amidst the beauty of rural Appalachia. She was raised on a wide spread of music — the Lilith Fair-era earnestness of Tori Amos and Sarah McLachlan; the heartland rock of Tom Petty; the moody, nocturnal music of Portishead; the articulate, lyric-based writing of Aimee Mann.  She began playing guitar at 19 years old, before cutting her teeth as the singer of a bluesy bar band. Once she settled in Knoxville, she kicked off her solo career with pub gigs and open mic performances, before she settled in her now-hometown of Nashville.

In addition to the handful of shows scheduled in the spring, Starski also plans to go back into the studio in May to record her follow-up to The Days When Peonies Prayed for the Ants.