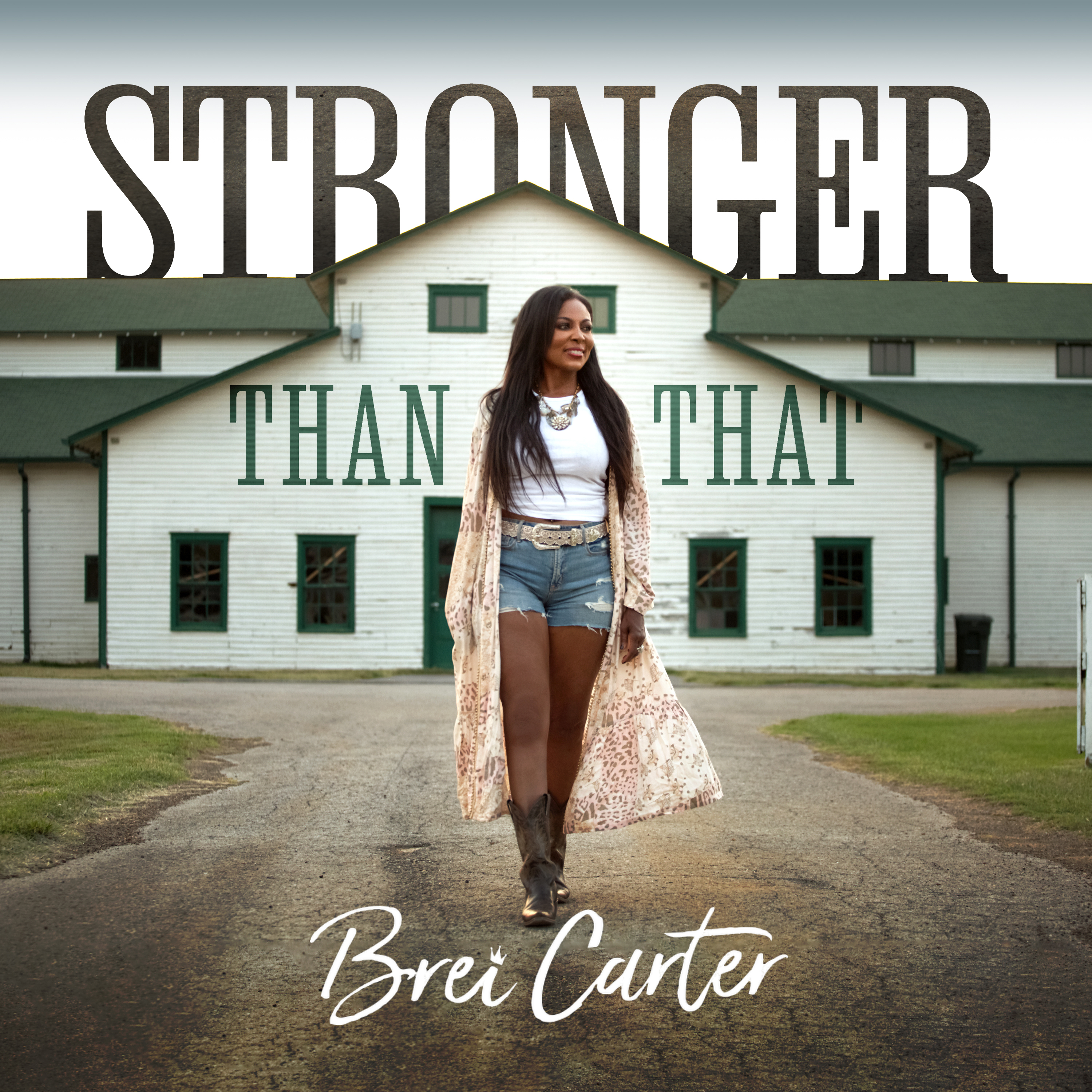 NASHVILLE, Tenn. (November 10, 2022) — Country, southern pop singer-songwriter and U.S. Army veteran Brei Carter released her debut album Brand New Country in September across all digital music platforms, and at linktr.ee/breicarter. Carter’s poignant new music video for the album’s current single, the empowering “Stronger Than That” will exclusively premiere on AIM Country Music TV on Nov. 17, and then roll out on her YouTube channel on Nov. 18, along with upcoming network TV support on The Country Network and at CMT.com beginning on Nov. 25. As Brei’s songs are typically known for, the song carries a message that is as timely as powerful, and another page from her life’s musical story book. The song was produced by Jason Wyatt and co-written by Wayne Burton.
“When Wayne and I wrote that song, I wanted to tell my story of what I went through growing up, how I felt,” Brei explained. “I wanted to share with the world that no matter what obstacles they were dealing with or going through, that they could make it. Stronger than that is a reminder that you’re tougher than you think and to believe in yourself regardless of what others think or say.”
The music video is equally powerful as it reveals another layer about Brei’s personal life, while also showing her balance of outer beauty and inner strength. Carter filmed the video in a remote location in southern Kentucky, working with film producer and director Karl Weidmann, and Josh Mendez of Southern Cabin Films.
“I can do all things through Christ, who strengthens me,” Carter said, emphasizing one of her favorite Bible verses, Philippians 4:13. “I am so grateful and thankful and I know that the best is still yet to come. Some days and times have been difficult and there have been ups and down, but God has kept me for this. Thank you, Lord! My hope is this song helps others find the fighter inside themselves, and to believe in their visions, dreams and realize that they too are stronger than they may think.”
Brand New Country features an eclectic collection of new and previously released music which Brei wrote and recorded with a diverse group of multi-genre music producers and songwriters, including Nashville veteran Curt Ryle (Taylor Swift, Pam Tillis, Brooks & Dunn) and Jason Wyatt (Kid Rock, Sweet Tea Trio), along with Atlanta based R&B/Hip-Hop music producers William Washington WLPWR (Eminem, Wiz Khalifa, Yellawolf) and Bridgetown (Mary J Blige, Neyo, Trey Songz), and St. Louis based pop and hip-hop producer SP Fredrick Perine (Baby Bam, JungleBrothers, Ball & Ro).

Since making her emergence into Nashville’s bustling music scene in 2016, Brei has quickly established herself as a smooth and sometimes edgy songstress whose music catalog has garnered praise from Billboard, Music Row Magazine’s Robert K. Oermann, St. Louis Magazine, Guitar Girl Magazine, and has landed her appearances on WoodSongs Old-Time Radio Hour, CountryLine TV, NewsMax-TV, RFD-TV, WSMV-TV and others. Carter’s infectious melodies also helped propel her onto the CMA Fest Spotlight Stage this past June, where she gave her first performance at a major music festival.