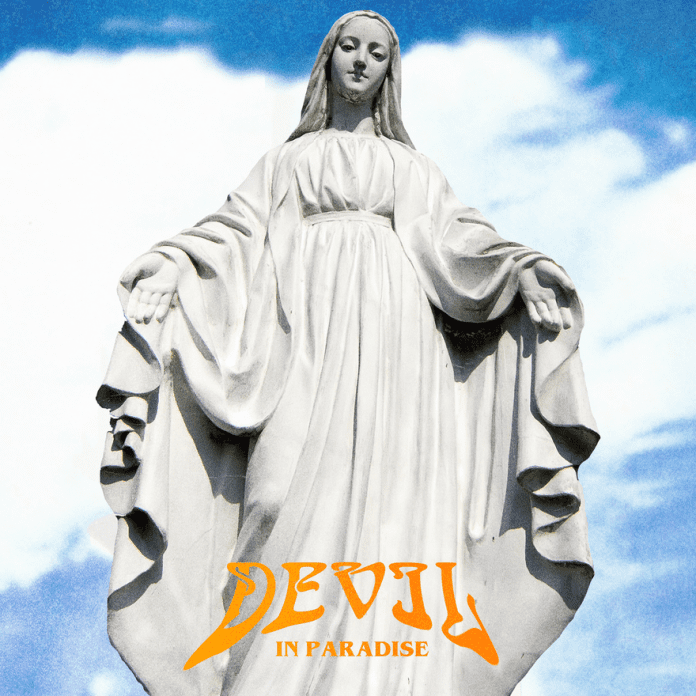 Cruel Youth, the artist project of Teddy Sinclair (fka Natalia Kills), releases “Devil In Paradise” today. The first track from Cruel Youth in two years is a narcotic blend of R&B and psychedelia, warning of evil hiding within beauty.

Teddy says of the track:
For me, the Devil is a living breathing human being. He lives in a beautiful home on a secluded tree lined street somewhere between the ocean and the Hollywood sign in Los Angeles, California, and everybody loves him. He is supremely gifted in his skill, bragged about with the brilliantly talented and furiously competitive. He collects expensive liquors in imported bottles, keeps his awards visible in a golden line on the fireplace in his entry way, and picks up his collaborators in his Italian car. Everybody loves him.

Being on the same planet with him often feels like a certain death. Like I’m waking up in Hell, but no one else can see why it’s so bad. Some people think we can choose to not be controlled, and that fear goes away once the trauma is over. But it’s hard to walk away after you discover the door has been locked, and your phone has been taken from your purse, and you don’t have a car or a friend to come pick you up. It’s hard to shake the fear of finding out the “emails checked” were actually photos taken of the gap in your skirt under the lunch table, or the panic of watching someone delete your work and raze your only income source because you cannot give them your naked body for their fun. It’s hard to be a nobody anywhere… but to be a nobody in LA meant I was nobody’s daughter, nobody’s paycheck, nobody’s to protect, and nobody’s problem.

To most of the world, Hollywood is beautiful, Hollywood is the dream. But to me the sky is still set to the coldest blue, and the ghosts that still haunt me years later might be picking out a bottle at the Chateau tonight, or gliding into the same elevators in the same few studios and suites I still struggle to avoid today. So as soon as I could I left LA and moved to New York. Forever. There are no ghosts here.

I started writing this song with my husband Willy after I had just met with Ronnie Spector – my idol from the band The Ronettes. We saw her play a show in the city right after she’d done Glastonbury Festival, 50 years after her first hit – she was my everything! After a 2 hour meeting in a grand hotel uptown, I agreed to try write an EP of original songs for her. She was so kind to me, and I was captured by her memoir detailing her escape from her horrifically abusive marriage to Phil Spector, her producer and also punisher. She barely made it out alive, and moved back to NYC to start her life over… while Phil Spector went on to shoot dead another woman, and remains in prison for murder. Her strength inspired me to write this song, but when I started writing the lyrics I found myself drenched in the truths I had prayed to never face, and I realized it couldn’t be for anyone else but me.

ENJOY “DEVIL IN PARADISE” VIA ALL PLATFORMS