Home News Music News Dasha Embraces Love on a Timeline in 50’s Inspired “Love Me Till... 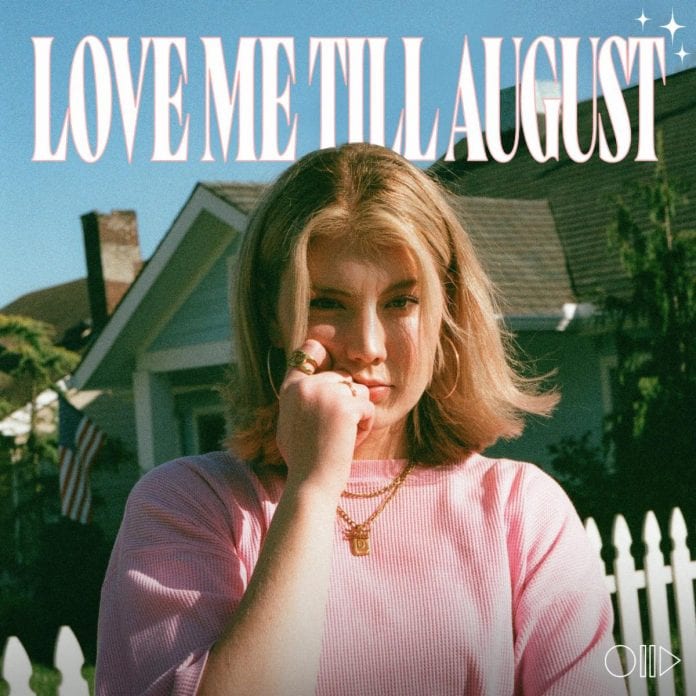 After capturing the highs and lows of one of the most turbulent times in our lives with “Love Me Till August,” Dasha is providing a bittersweet vignette of young love and heartbreak in her newest video, as her summer fling drives their relationship to an end with an antique convertible and big college plans.

Spilling out like a journal entry, “Love Me Till August” sets itself against the backdrop of an old school love story destined to come to an end. The young artist balances reveling in the present as she prematurely mourns what she’ll be forced to leave in the past, when her summer love leaves for college. “Everytime I listen back to this song, it hurts a little,” admits Dasha, “It’s so much harder to walk away from someone you care about because of factors that are out of your control.” In a perfect world, August would’ve never come, yet this romance’s fleeting nature is what makes it worth embracing.
The vulnerable track came to Dasha in a moment of sudden inspiration after getting sent a guitar loop by the producer. The new visual project, directed by Acacia Evans, gives fans an even more intimate understanding of this inspiration, with Dasha and her costar (Cody Meyers) embodying classic young romance as they embark on picturesque dates in vintage inspired clothing. Dasha is ultimately left to visit the venues of such love-filled outings alone when the dreaded time of her love’s departure arrives. Inspired by a modern heartbreak while artistically framed in the 1950’s, the new video exemplifies how truly timeless the track’s storyline is, addressing a type of heartbreak that transcends generations.
After being selected by SONY in a song and artist competition held in Nashville, the California native got the chance of a lifetime. Signing with SONY Germany/ FAMOUZ Records for a single deal, Dasha released the catchy and confident track “Don’t Mean A Thing.” Her momentum continued as she brought her sprightly songwriting to Live Oak Music Festival and opened for a date on LISSIE’s US tour. All of this led to Dasha signing with Quadio Records, an independent label based in New York City that champions the next generation of recording artists.
Since signing with Quadio Records, Dasha continues to shine through her strong songwriting and effortless musicality. Through heartbreaking and empowering songs Dasha has mastered pop projection with clever lyrics second to none. These songwriting efforts continue to go viral on TikTok, as Dasha shares lyrics and melodies and rapidly sees hundreds of thousands of views. Fans have fallen in love with her genuity and emotional lyrics in every word that she shares.
Since her debut EP, $hiny Things, which garnered 1M+ streams in its first month of release, Dasha has developed a passionate fanbase growing her 1,000 monthly listeners to over 150,000 in just a few months. The up-and-coming hitmaker elevates her sound with each release. Whether writing, singing, or producing, Dasha is sure to have her finger on the pulse, dually designing her own signature style.
The newest addition to Dasha’s quickly growing discography, “Love Me Till August” perfectly presents the classic notion that it’s better to have loved and lost than not loved at all, capturing the challenges that come with letting go despite love that lingers. The new video creates another level of depth to the already raw and relatable song which is sure to be a comfort to individuals of all ages facing similar situations in the upcoming summer months.
Watch the “Love Me Till August” video: HERE