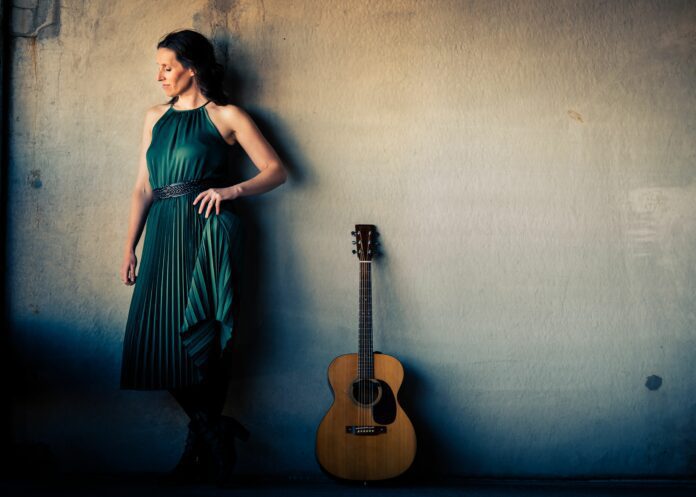 Today, she offers “The Chain,” written with her friend and fellow Colorado songwriter Megan Burtt. “The Chain” is about feeling like we are never enough in the eyes of another, that no matter what we do or try to prove, their view of us remains unchanged. It’s a song of realization, of recognition and, ultimately, of letting go.

“Edie Carey’s plaintive vocals will give you pause, and invite you into that still place where you can safely ask yourself tough questions from within a tense relationship: ‘will I ever be enough for you’?” – Americana Highways

“You can’t quite believe how lucky you are to write a healing song with a friend in your kitchen and then get to witness the magic of it becoming something real and tangible and beyond what you could have imagined in the studio,” says Carey.

“The Chain” is the first single from her forthcoming album The Veil available June 3, 2022.