“Her uneasy reckoning results in a warm, beautiful song built of both pain and empathy.” — Marissa Lorusso – Bad Mind – Songs Of The Year 2018

“Bad Mind,” inspired by an aunt declared an unfit parent “just because she had a woman for a lover in ’98” and the way history still haunts anyone questioning their sexuality.”

“No matter where or when you’re listening, a hazy summer of the mind arises from the cozy instrumentation and Erin Rae’s thoughtful voice.”

“You feel this is her time to crest.”

” A Song for You When You Feel Like Going Back to Your Old Ways.”

Friday May 31 – Indie folk singer-songwriter Erin Rae today celebrated the one year anniversary of the release of her critically acclaimed record, Putting On Airs with a new demos EP, featuring earlier recordings of the songs that became the backbone of the album, which earned the respect of music notables including Wilco (who included Putting On Airs on their favorite releases of 2018) as well as Father John Misty, Jason Isbell and Dylan LeBlanc who she will join on tour, opening for them on various dates this spring-summer before heading to Europe this fall. Full dates below. Erin also received a nomination for Best Emerging Act Of The Year at the 2019 Americana Music Honors and Awards. For more information visit:https://americanamusic.org/home

Erin Rae stated, “These songs were recorded at Jerry’s house in Philly in the couple days after we returned from our first UK tour in 2016: After listening to everything Jerry played us in the van, and getting to play together with him and Dom for a month, it seemed only natural to try and make the new record together. I recorded acoustic versions, and after I went back to Nashville, Jerry recorded all the additional instruments which led me to trust him to make Putting on Airs with me. These recordings are very dear to me, I think both of our performances are very natural and pure.”

The former backing vocalist stepped out into the spotlight with Putting on Airs, exploring her struggle to understand her own sexuality and her experience with mental health growing up in Tennessee. Single “Bad Mind,” shared a deeply personal account of coming to terms with a difficult event from her childhood, where an Alabama supreme court ruled her aunt to be an “unfit” mother, solely because she was gay. NPR Music’s Marissa Lorusso voted it one of NPR Music’s best songs of 2018 and described it as an “Uneasy reckoning which results in a warm, beautiful song built of both pain and empathy.” Putting On Airs also received praise from publications including, Stereogum who described her vocals as “Beautifully understated”. Popmatters said, “The unforced intimacy and intelligence of her songwriting, the cooing birdsong melodies, and the country/folk/roots blend of sounds in which its all cloaked make Putting on Airs no small pleasure.” Uproxx described Rae’s record as a, “sweet, warm wind, rushing through your window just when you need a reminder of how beautiful and breezy life can be.”

Rae’s distinct voice has drawn comparison to a diverse range of contemporaries from Jenny Lewis, Phoebe Bridges and Jessica Pratt to 60s and 70s singer-songwriters including The Carpenters and Janis Ian. Putting On Airs is the perfect soundscape for Rae’s soothing vocals and a genre-fusing mix of indie-rock, psych-rock and folk. The four track demos were recorded in 2016 in Philadelphia, by album co-producer Jerry Benhardt and became the backbone of the album recording sessions for the album Putting On Airs, which was recorded in the dead of winter at The Refuge, a former Franciscan monastery run by singer-songwriters Cory Chisel and Adriel Denae in Appleton, WI. The album was co-produced by multi-instrumentalist Jerry Bernhardt and engineer Dan Knobler (Rodney Crowell, Tift Merritt) and featured Dominic Billett on drums. 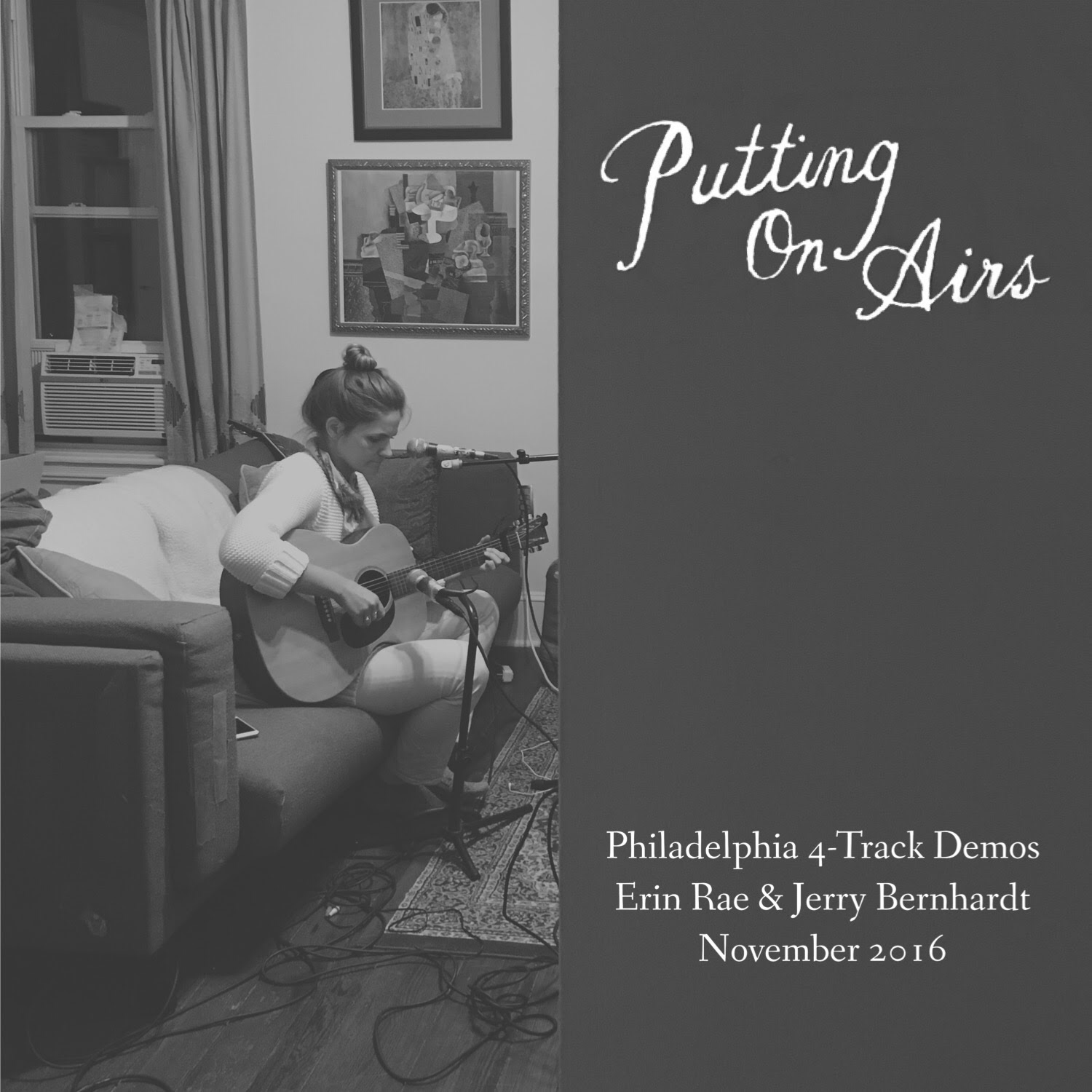