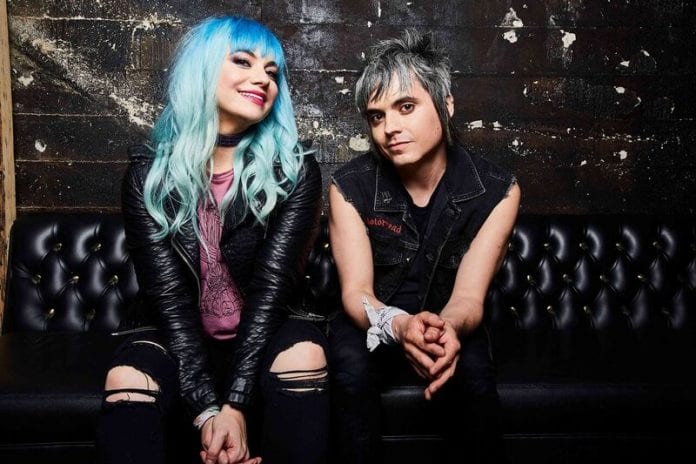 Daydream Explosion is the band’s sixth with longtime producer John Fields (Jimmy Eat World, All Time Low.)  The new album bursts out of the gate with the one-two punch of “Animal” and lead single “Everything.” Follow-up single “In Your Face” is a midtempo rocker with a wallop of a chorus, while stylistic variations are all over this collection of 14 brand-new songs. “Watching The Storm Go By” is a ’60s girl-group homage so spot-on it includes a spoken interlude worthy of The Shangri-Las, while the lounge vibes on the verses of “Flippy In My Red Dress” are balanced sweetly by the revved-up chorus. Album closer “Daisy’s Song” is an affectionate ode to Kelly and Luis’ now two-and-a-half-year-old daughter. “Their songwriting has reached a consistent level of greatness.” – says Wicked Cool founder Stevie Van Zandt

The Dollyrots’ songs have long been a staple in rotation on Little Steven’s Underground Garage, but the band’s recent work really perked up the ears of Underground Garage/Wicked Cool founder Stevie Van Zandt. The alliance with Wicked Cool, which began with the singles “Get Radical” in 2018 and “Everything” this spring and is a return to a label after several DIY, fan-funded releases since 2012.

The band recently wrapped up a west coast tour run and will be on the road again this summer. Look for them back in California for their album release party presented by Little Steven’s Underground Garage at the Hi Hat on July 13 and The Vans Warped Tour 25th Anniversary Celebration at Shoreline Amphitheater on July 20. They will embark on an east coast tour kicking off on July 30, full list of dates below. Tickets available at thedollyrots.com

Hear what the Dollyrots have to say about the tour here:  http://bit.ly/DRPStourvid