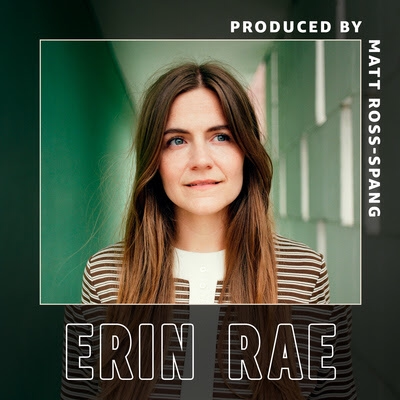 July 25, 2019:  Today, indie folk sensation Erin Rae is releasing an Amazon Original cover of Tom Paxton’s “Last Thing On My Mind.” The song is part of Amazon Music’s “Produced By” series featuring producer Matt Ross-Spang. The song is available now to stream and purchase only on Amazon Music.

Listen to “Last Thing On My Mind” only on Amazon Music:
amzn.to/erinrae

Rae notes,”‘Last Thing On My Mind’ has been a favorite song of mine since I heard a version by Wendell Stuart and The Downbeaters, and I learned it almost immediately. It is such a beautiful description of the clumsy nature of relationships. I really relate to causing someone harm being the “last thing on my mind.” I love that Matt was open to recording this song, because getting to sing it and hear the vocal in the Sam Phillips echo chamber was the coolest sound I could have imagined for it!”

Ross-Spang says, “I can still vividly remember hearing Erin Rae for the first time. Our mutual friend Margo Price was driving me around Nashville and was excited to play me one of Erin’s early recordings. I was immediately blown away by what I heard. Fast forward several years and I was beyond excited to get the chance to work with her on this project for Amazon Music. When we first started discussing material, Erin mentioned she’d love to cover ‘Last Thing on My Mind’ which has long been a country classic. I didn’t hesitate at all, even though the song has been covered by so many great acts already, Erin Rae is one of the few true artists that can reimagine a song and make it FEEL like her own. I have no doubt that she will be one of this generation’s most long lasting and revered artists.”

In 2018, Erin Rae released her critically-acclaimed album Putting On Airs, which came out on John Paul White’s label Single Lock Records. The album was hailed as one of the most impressive debuts of 2018 by critics at Rolling Stone, NPR Music, UPROXX, Billboard and more. Earlier this year Rae made her stunning debut on NPR’s Tiny Desk Concert, performing Putting On Airs highlights “Bad Mind,” “Can’t Cut Loose” and “Love Like Before.”  After a run with Dylan LeBlanc, Rae is gearing up for the Newport Folk Festival where she will perform “Last Thing On My Mind.” She follows up Newport with AmericanaFest in Nashville, where she is nominated at this year’s Americana Music Awards for Americana’s Best Emerging Act. A tour with Hiss Golden Messenger will follow.

“Produced By” is a new series of Amazon Original music developed to spotlight today’s community of producers working behind the scenes to develop the best in music. “Produced By” pairs producers with a collection of some of today’s top artists across various genres to create exclusive, new recordings for Amazon Music listeners.

“Produced By” with Matt Ross-Spang features Erin Rae’s “Last Thing On My Mind” and four additional Amazon Original songs from John Prine, William Bell, Margo Price and Al Green. Future “Produced By” installments will feature acclaimed producers and artists from a variety of genres including Latin, Indie, Country, and R&B.

Erin Rae is currently on tour and performing at the Newport Folk Festival this month. Full dates below.