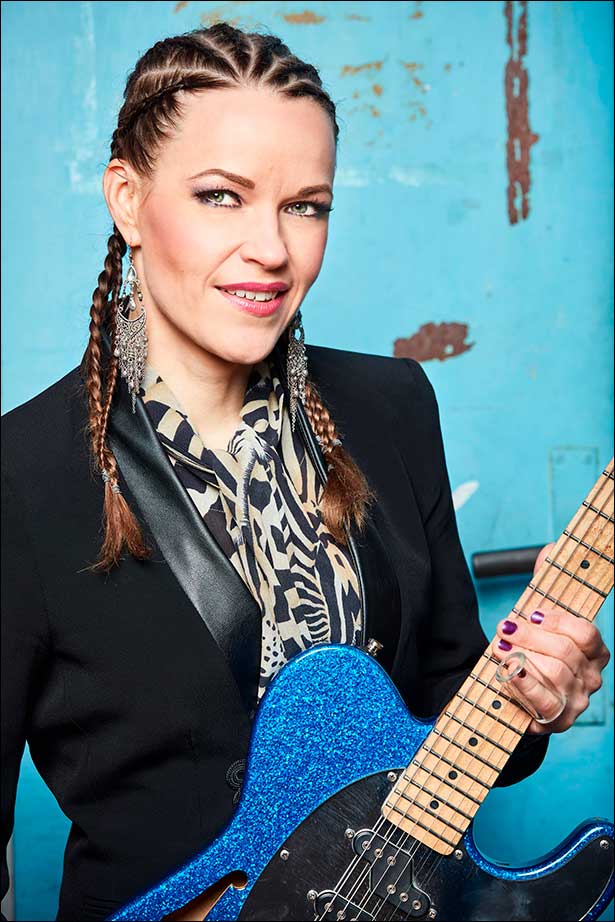 Finnish slide guitarist and singer-songwriter Erja Lyytinen released her brand new single “Without You” on March 23rd – taken from her upcoming album in the fall. The new single was written and composed by Erja and recorded with her brand new band including Kasperi Kallio (keyboards), Tatu Back (bass) and Iiro Laitinen (drums).

Says Erja Lyytinen about writing the single,” I started writing “Without You” a few years back, but never found the right moment to finish it. So I brought the song into the rehearsal studio at the beginning of 2018 and the band and I started to work on it. It´s funny how much a song might change alongside one’s playing over the years! The arrangement was completely different at first with some R&B elements but it turned out to be something that I´m keen doing on stage nowadays – it’s loud, rocky and frank!”

“The song is about a person who is searching for the feeling she had with someone who´s no longer available. It is dealing with the phenomenon of how the human mind obsesses about something or someone that is out of a person’s reach.”

The new single was accompanied by an amazing music video. “It was ‘cool’ doing the music video,” says Erja. I mean that literally, because we were at the warehouse when we shot the video in the freezing cold! There was no heating and we shot the video during the coldest time of winter in Helsinki. It was still a lot of fun, as this is my first music video with the band being involved, so we had a good energy through the session and lots of hot tea!”

Erja has already been confirmed for a headlining UK tour in November 2018 to support the release of her upcoming album. You can be sure to hear Erja playing “Without You” live then.