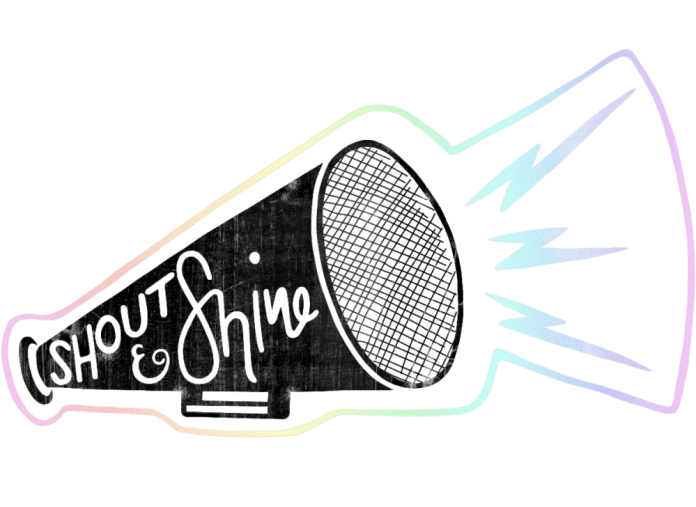 For five years now, the team behind Shout & Shine has used their voices, resources, and positivity to lift up and celebrate diversity in bluegrass and roots music; giving a platform to those who’ve been overlooked and illuminating the paths of those starting out on uphill journeys. This year, the event’s 5th iteration follows suit—albeit in a format more suitable for a worldwide pandemic—with an all-online showcase on October 3rd as part of IBMA’s Virtual World of Bluegrass. At 2 pm ET (and a repeat viewing at 3:30 pm ET) Shout & Shine Online will feature artists from across the genre map of roots music, from Rissi Palmer, host of Apple Music Country’s brand new radio show, ‘Color Me Country,’ to IBMA Momentum Award winning banjoist Tray Wellington, as well as punk-influenced fingerstyle guitarist and songwriter Sunny War, down home blues and old-time musician Jerron “Blind Boy” Paxton, The Voice alumnus and guitar picker Stephanie Ann Johnson, and veterans Kaïa Kater and Amythyst Kiah, who make their first return to Shout & Shine since their appearances on its debut lineup in 2016. Shout & Shine’s lineup is curated by performing musician and Decolonizing the Music Room founder and Executive Director, Brandi Waller-Pace.

Presented by The Bluegrass Situation, PineCone, Decolonizing the Music Room, and the International Bluegrass Music Association in partnership with Visit Raleigh and the Raleigh Convention Center, Shout & Shine Online can be seen on thebluegrasssituation.com, Facebook, YouTube, and via IBMA conference platform Swapcard (registration available here).

While Shout & Shine has continually championed underrepresented and marginalized folks in roots music, this year’s event comes at a time of reckoning in this country’s ongoing battle against institutionalized racism. “This year, Shout & Shine’s mission is as clear and galvanized as ever,” says BGS Editor and Shout & Shine Producer, Justin Hiltner. “Our lineup is a direct response to this current iteration of the Black Lives Matter movement and the righteous rebellion against police brutality and systemic racial injustice in this country. The greater bluegrass community needs to be having these conversations and needs to be centering the voices and perspectives of Black folks—especially Black queer folks. We saw that as our role this year.”

BGS joined hands with Decolonizing the Music Room’s founder Brandi Waller-Pace to curate 2020’s Shout & Shine Online lineup. “The mission of Decolonizing the Music Room is to center Black, Brown, Indigenous, and Asian voices, knowledge, and experiences within the field of music education,” says Waller-Pace. “In addition to that, it is part of DTMR’s core values that we are an openly LGBTQ+ affirming non-profit organization. I am honored to have served as curator for this year’s Shout & Shine and to have had this opportunity to partner with BGS and PineCone on work that highlights a convergence of our values.”

“In addition to Shout & Shine’s continued work centering the music and stories of underrepresented artists in the bluegrass community, we also continue to work toward making these programs as accessible and inclusive as possible. We’re providing American Sign Language interpretation for the entire Shout & Shine program, modeling what can be done and what we continue to work toward in making accessibility central to our work,” said Jamie Katz Court, Communications & Programs Manager for PineCone, the Raleigh-based roots music organization that has partnered with BGS on the Shout & Shine program since 2017. PineCone also produces the festival, IBMA Bluegrass Live! powered by PNC.

Presented By: The Bluegrass Situation, PineCone, Decolonizing the Music Room, and the International Bluegrass Music Association, in partnership with Visit Raleigh and the Raleigh Convention Center.