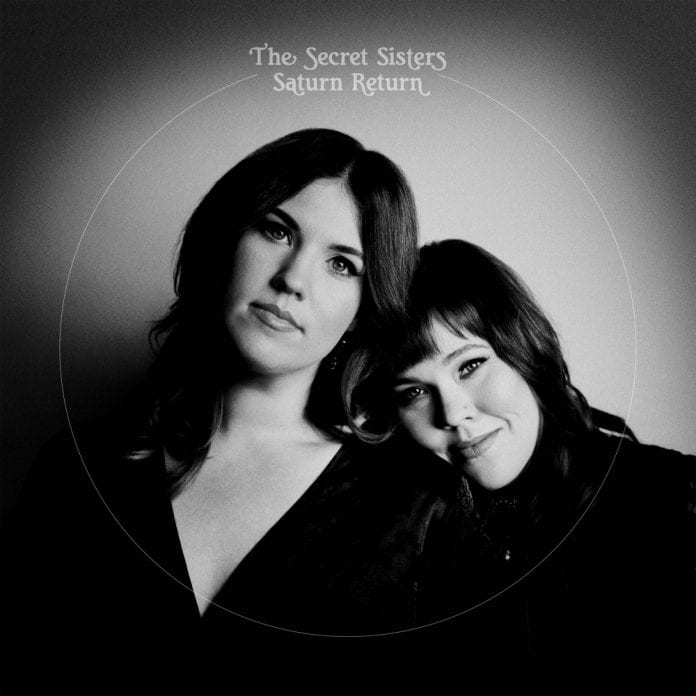 The special commentary version of The Secret Sisters‘ acclaimed new album, Saturn Return, is out today. Stream/purchase HERE. Recorded this past February at their last shows before the pandemic at the Seattle Symphony, the release features the real-life sisters, Laura and Lydia Rogers, discussing each track on the album with producer Brandi Carlile. Watch the album trailer HERE.

In celebration of the release, The Secret Sisters will perform a special livestream concert this Tuesday, September 22 at 8:00pm ET/5:00pm PT via Topeka. The event will feature Laura and Lydia performing with a full band for the first time since releasing Saturn Return in February. Full details and ticket information can be found here.

Produced by Carlile, Tim Hanseroth and Phil Hanseroth, Saturn Return was released earlier this year on New West Records (stream/purchase here). Recorded at Carlile’s home studio in Washington state, the album finds the Grammy-nominated duo with a new creative focus, singing individually for the first time instead of relying solely on their trademark harmonies—something Carlile challenged them to do. In celebration of the release, Laura and Lydia were featured on “CBS This Morning” this past May as part of their “Saturday Sessions” series performing three songs from the album: “Late Bloomer,” “Nowhere Baby” and “Hold You Dear.”

Named after the astrological occurrence that takes place approximately every 29 ½ years, the album heralds the arrival of a new era for Laura and Lydia—both of whom experienced extreme change and transformation during the making of the record. Grappling with the grief of losing both grandmothers, while also both becoming first-time mothers, the sisters reflect on their world view, relationships and own mortality through the album’s ten songs.

“As we age, we face obstacles that are beyond our control. Some forces are internal: insecurity, anxiety, fear. Some are external: the loss of loved ones, an unjust system and the fragility of time. Yet the mark of maturity is how you respond when you realize you’re not in control. Where do you find your resilience?

This album is a reflection of us coming to terms with how to find our power in the face of an unfair world. These songs lead listeners past ‘where happy man searches, to a place only mad women know.’ We question our purpose, our relationships, our faith. Trading the fears of our youth for the dread that rages within us as mature women.

With Saturn Return, our hope is that women can feel less alone in their journey through the modern world. We need each other more than we ever have; the less competition and the more inclusiveness and understanding, the better. We are southern women in the 21st century, convicted by our beliefs.”

Originally from Muscle Shoals, AL, The Secret Sisters have released three acclaimed full-length albums since debuting in 2010 including their most recent, 2017’s You Don’t Own Me Anymore, which was produced by Carlile and the Hanseroth twins and received a nomination for Best Folk Album at the 60th Annual GRAMMY Awards.