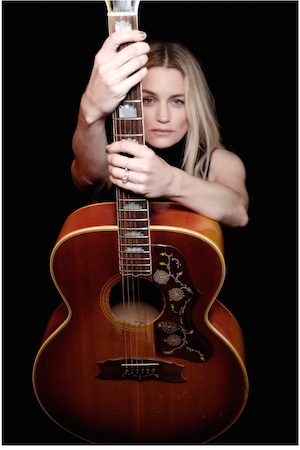 Galen Ayers didn’t set out to pursue a music career. In fact, she attempted to run in the opposite direction, despite studying ethnomusicology along with religion as a double-major undergrad. (She also has a double master’s in the psychology of religion and Buddhism.) But eventually, she discovered her DNA could not be denied. Ayers, whose late father, Kevin, co-founded the influential British psych-rock band Soft Machine, finally gave in to that most demanding of muses: fate. The happy result is Monument, a beguiling album of folk-inflected dream-pop set for release July 27, 2018, on Bombinate Records. 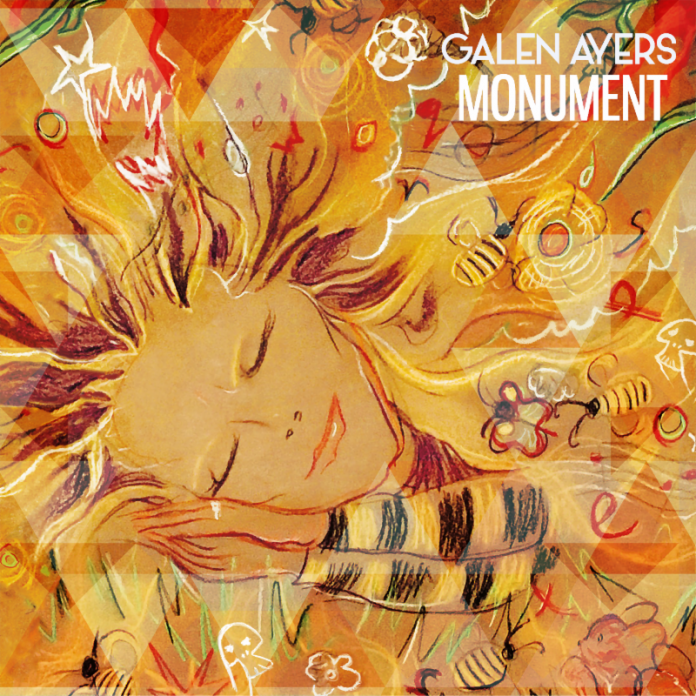 “I’ve tried so many things not to be a musician,“ Ayers admits, “but it just keeps coming back. The reason is that it’s such a complete way of breaching that meaningless gap that occurs when shit happens in life. I love painting, writing, and sculpting, but I haven’t found anything as complete as the process of writing a song.”

It’s not as if Ayers is a performing neophyte, however. She and her friend Kirsty Newton have spent quite a few years duetting as Siskin; before that, she’d also recorded songs with a number of prominent artists such as film director Mike Figgis, and the Talking Heads/TomTom Club musicians Tina Weymouth and Chris Frantz, though the latter recordings were never officially released.

Her new work, produced by longtime friend Paul Simm, carries the emotional heft of a woman finally adjusting to life beyond the outsized shadow cast by her famous father, who’d toured with Hendrix and worked with Brian Eno, John Cale, one-time lover Nico, Pink Floyd’s Syd Barrett, Mike Oldfield and a long list of others, and in 2007 released an album recorded with members of Teenage Fanclub.

The songs on Monument, written on the Greek island of Hydra in the two years following his death, were her way of working through devastating grief — and eventually redefining her sense of self.

“I was his metaphorical wife, daughter, sister, best friend, advisor,” says Ayers, who also served as his caregiver in his declining years. “When he passed, my reasons for living had to shift. That was super healthy for me, but the process was terrifying. I wouldn’t have survived without music.”

Her musical inheritance includes a dexterity that allows her to mingle multiple genres and textures, sung in a lovely soprano suggesting visitations by both Aimee Mann and Jane Siberry. On “Run Baby Run,” full of woodwinds and vibratoed keyboards, her airy bilingual delivery conjures Bebel Gilberto; on “U-turn,” she channels the dreamy ’50s and ’60s stylings of Debbie Reynolds, Shelley Fabares or Lesley Gore, inspired by the cheeky ’60s hit, “My Boyfriend’s Back.” But Ayers can segue from the impressionistic, gauzy pop of “U-Turn” or “Ain’t the Way” to a stark, confessional intimacy and intensity that can’t quite be characterized as pop or folk. It’s most notable on “You Choose” and “Into the Sea (Calm Down),” but appears on “Collide” and elsewhere. The final tracks draw on the pain of her loss, which she also addresses by dedicating the album “to the love between a father and a daughter.”

But she admits, “These last few years have been a transition for me. When you grow up the child of an exhibitionist, you by default become the voyeur. Even though people are looking towards you, they’re looking at your parent –– not at you. So you develop this keen sense of just observation.”

She learned to become a participant in other ways, including writing op-eds for the Huffington Post and devoting energy to numerous causes, including serving as an ambassador to Friends of the Earth and volunteering to help trauma victims address psychological issues.

But with Monument, she devotes energy to exploring musical styles/genres, touching on her own grieving and healing experiences with her voice and lyrics acting as a thread tying everything together and the result is a sterling work.

“It took a lot of bravery for me to do this,” Galen says. “I like thinking things through. But here, I allowed myself to be really simple and really emotional. I just felt like I owed it to myself, to be honest.”

Her father — and that demanding muse — would expect no less.