NASHVILLE—Garth Brooks surprised fans this afternoon at CMA Fest, performing on the CMA Close Up Stage at Xfinity Fan Fair X inside Music City Center. Fans who packed the stage hours before Garth appeared this morning were treated to a medley of Brooks’ hits including “Friends In Low Places,” “The Dance,” “Callin’ Baton Rouge,” and “The River.”

Brooks also participated in a Q&A with SiriusXM’s Storme Warren and answered questions from fans in the audience. 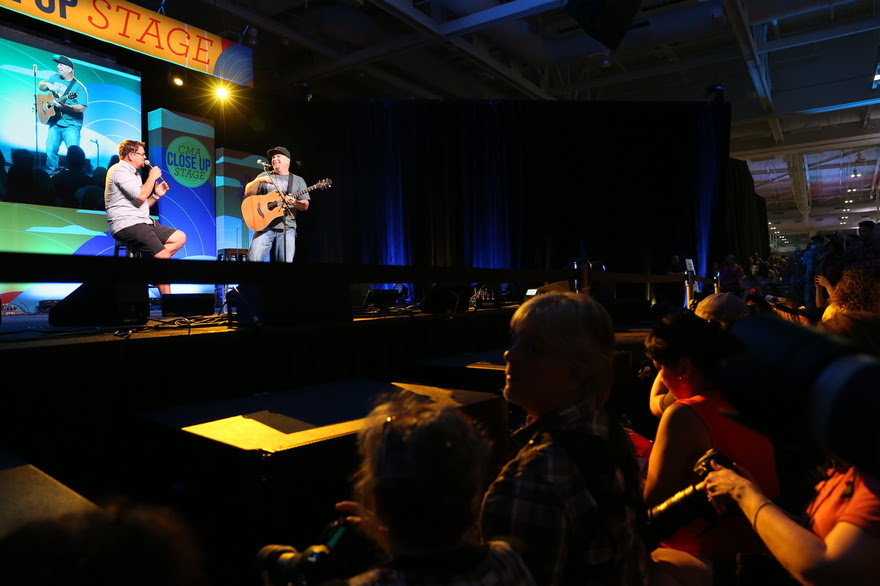 Garth Brooks surprises fans with a performance this afternoon on the CMA Close Up Stage at Xfinity Fan Fair X during CMA Fest.