Musical America announced the annual coveted Musical America Awards today which recognizes each year’s stellar performers including multiple GRAMMY Award winner Sharon Isbin who will be honored with the 2020 Instrumentalist of the Year Award, the first guitarist ever to receive the award in its 59-year history. Other awardees include Festival of the Year,  Salzburg Festival, Composer of the Year, Joan Tower, Vocalist of the Year, Peter Mattei, and Ensemble of the Year, the Danish String Quartet. Representing the pinnacle of artistic achievement, previous winners include Leonard Bernstein, Igor Stravinsky, Vladimir Horowitz, Beverly Sills, George Balanchine, Arthur Rubinstein, Itzhak Perlman, Isaac Stern, Marilyn Horne, Andre Previn and Yo-Yo Ma. The ceremony will take place at Carnegie Hall in December.

Acclaimed as “the pre-eminent guitarist of our time,” Sharon Isbin has been soloist with over 200 orchestras and performed in the world’s finest halls. Winner of the Toronto, Madrid and Munich ARD Competitions, Germany’s Echo Klassik and Guitar Player’s Best Classical Guitarist awards, she performed in Scorsese’s Oscar-winning The Departed, at Ground Zero for the first internationally televised 9/11 memorial, the White House by invitation of President Obama, and as the only classical artist in the 2010 GRAMMY Awards.

Isbin is the subject of an exciting one-hour documentary presented by American Public Television. Seen by millions on over 200 PBS stations throughout the US and winner of the 2015 ASCAP Television Broadcast Award, it is also available on DVD/Blu-ray and has just been renewed for another four years of broadcasts. Sharon Isbin: Troubadour paints the portrait of a trailblazing performer and teacher who over the course of her career has broken through numerous barriers to rise to the top of a traditionally male-dominated field. The following is a dedicated website where you can view the trailer, read rave reviews, and see detailed broadcast dates: www.SharonIsbinTroubadour.com

Recent highlights include a work commissioned for her by Carnegie Hall and Chicago’s Harris Theater, a concerto written for her by Chris Brubeck, a 21-city Guitar Passions tour with jazz greats Stanley Jordan and Romero Lubambo, triumphant performances with the Detroit Symphony, Montreal Symphony and National Symphony, as well as sold-out concerts at the Kennedy Center, Kimmel Center, and Carnegie Hall. Her most recent Carnegie Hall appearances included collaborations with Sting, Katy Perry and Jerry Seinfeld, and in recital with Isabel Leonard. Her latest partnership, Strings for Peace, with sarod master Amjad Ali Khan in an extraordinary program of ragas for guitar and sarod, is an eloquent and impassioned call for harmony – in music, religion, and culture throughout the world.

Sharon’s 30 albums have sold nearly a million copies, and her #1 bestseller Alma Española was honored with a 2018 GRAMMY for Producer of the Year. Souvenirs of Spain & Italy with the Pacifica Quartet, released in August 2019, debuted at #1 on Amazon and #2 on Billboard charts. Other recent releases include Sharon Isbin: 5 Classic Albums, her GRAMMY-winning Journey to the New World which spent 63 weeks on top Billboard charts, and her Latin GRAMMY-nominated disc with the New York Philharmonic, their only recording with guitar. In September, she recorded Chris Brubeck’s dazzling Affinity: Concerto for Guitar & Orchestra slated for release in early 2020, in advance of the Dave Brubeck centennial. The concerto is the centerpiece of a new album which features world premiere recordings of music composed for her. Sharon Isbin has commissioned and premiered over 80 works by some of the world’s finest composers, and directs guitar departments she created at the The Juilliard School and the Aspen Music Festival. 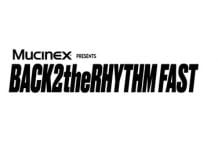 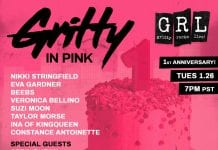