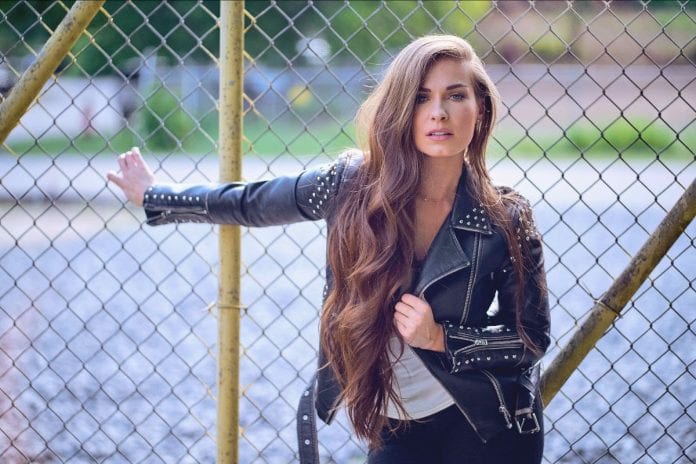 NASHVILLE, Tenn. – October 15, 2019 – Fans can now catch rising country star and CMT Next Up Now artist Tiffany Woys on CMT Music, as the network adds the music video for her new single, “Hostage,” to their programming. The emotional clip, depicting the volatility of a toxic relationship, was filmed in Nashville and directed by Robert Chavers. “Hostage,” a “hard-driving breakup anthem” written by Ben Caver, Sara Haze and Sam Ellis and produced by Bobby Campbell, is now available for streaming and download on all major platforms: https://smarturl.it/TW_Hostage.  Fans can vote HERE for the “Hostage” video on CMT’s 12 Pack Countdown show, which airs on Fridays at 9/8c. “Hostage” marks the third Tiffany Woys video CMT has supported this year!

“Hostage” has been serviced to radio stations nationally, and it has been steadily gaining momentum during Tiffany’s extensive radio tour, which is still in progress. The track is the follow-up to Woys’ self-titled debut EP, also produced by Bobby Campbell. The four-song project, released earlier this year, features the “fun and fiery” lead single, “Priceless,” penned by hitmakers Emily Shackelton (“Every Little Thing”), Kelly Archer (“Sleep Without You”) and Mickey Guyton (“Better Than You Left Me”). The EP also includes “Love Has No Heart,” a moving ballad written by songwriting royalty – Shane McAnally, Trevor Rosen, and Sara Haze. The official music video for “Love Has No Heart” can be viewed on CMT.com. The official music video for “Spark,” an uptempo anthem written by Haze, Jason Saenz, Todd Clark, and Matt Bronlewee, earned a CMT Next Up Now selection and has accumulated a quarter-million views after its premiere via Parade. Download and stream Tiffany Woys at http://smarturl.it/TiffanyWoys.

About Tiffany Woys
Recently named a Taste of Country Artist to Watch and a CMT “Next Up Now” artist, Tiffany Woys grew up being influenced by powerhouse vocalists such as Celine Dion, LeAnn Rimes, Faith Hill, Michael Jackson, and Carrie Underwood. As a child, she’d look for any opportunity to get up and sing in front of people, and by the time she hit 20, she was recording an independent album and hitting the road. After honing her stage presence by performing relentlessly at venues and events up and down the West Coast, often for more than three hours at a time, she followed her dreams to Nashville.