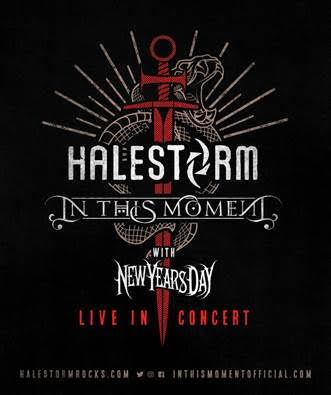 Atlantic recording group Halestorm has announced details for a second leg of their highly anticipated milestone North American tour showcasing all female-fronted hard rock outfits. Halestorm frontwoman Lzzy Hale said “After the announcement of our tour with In This Moment, the response was so great that we decided to do another run together! It’s going to be so much fun to tour with our good friends! See you all on the road!” The first leg of the tour – co-headlined by Roadrunner recording group In This Moment – kicks off later this month on April 30th at Houston, TX’s White Oak Lawn with dates through May. The new dates begin July 27th at Kansas City, MO’s SEC Arena and then travels through the end of August (see all dates below). New Years Day and Stitched Up Heart join Halestorm and In This Moment on the first leg of the tour and New Years Day will return for the second leg of the tour. For ticket information, VIP packages, and details on joining the Official Halestorm Fan Club, please see www.halestormrocks.com.

Widely acknowledged as one of the most vital and iconic bands in modern hard rock, Halestorm is currently continuing work on their hugely anticipated fourth studio album. In the meantime, the GRAMMY® Award-winning band continues to celebrate the blockbuster success of their acclaimed third album, “INTO THE WILDLIFE. ” That collection made a stunning top 5 debut on the SoundScan/Billboard 200 upon its April 2015 release while also entering Billboard’s “Top Hard Rock Albums” tally at #1 – both marking Halestorm’s highest chart placement to date.

“INTO THE WILDLIFE” – which followed 2012’s blockbuster “THE STRANGE CASE OF…” – is highlighted by the record-breaking smashes, “Apocalyptic” and “Amen,” both of which ascended to #1 at rock radio outlets nationwide, as well as the top 5 Active Rock favorite, “I Am The Fire.” Companion videos and much more can be found at Halestorm’s official YouTube channel, HalestormRocks.

All Dates w/In This Moment except * 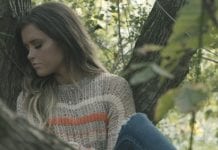 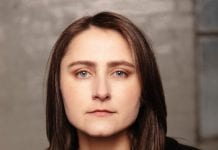