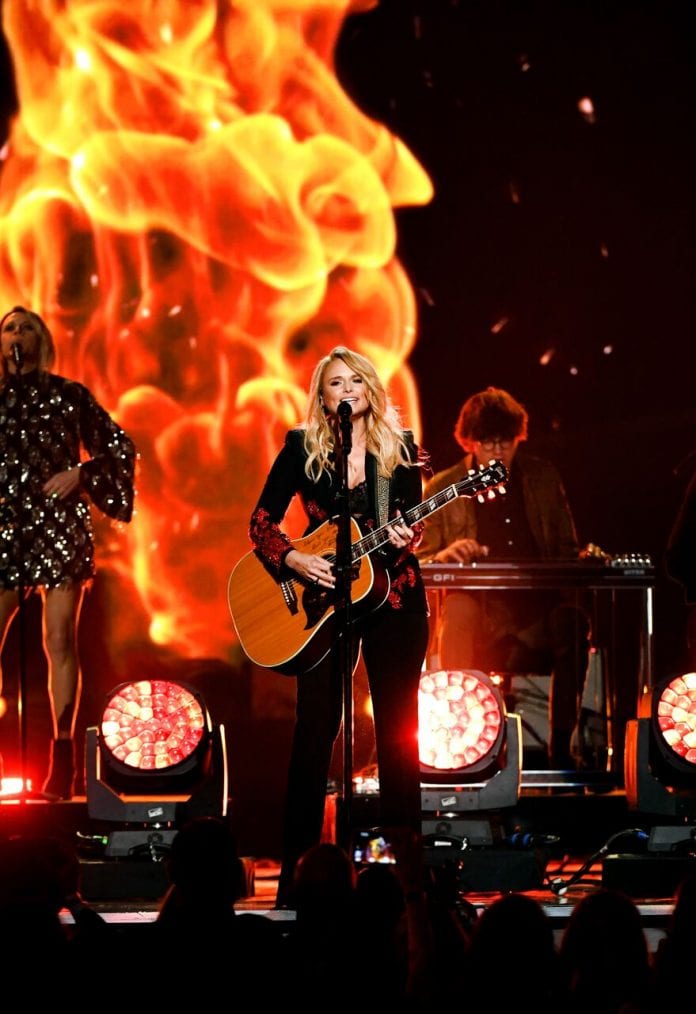 (Nashville, TN – April 16, 2018) Miranda Lambert made country music history following the 53rd Annual Academy of Country Music Awards in Las Vegas on Sunday, April 15th. The country mega-star now stands as the most decorated artist in ACM history with a collective 32 career wins. Lambert won three awards during last night’s show including her ninth consecutive “Female Vocalist of the Year” award and two for “Song of the Year” for her emotionally-raw hit “Tin Man” (songwriter and performer) from her Platinum double-album The Weight of These Wings.

“I cannot believe this, I really can’t,” Lambert said. “I love country music. It’s my entire life, and the fact that you all care so much about what I’m doing, I’ll never take it for granted.”

Lambert also stunned in the performance of her newest single, “Keeper of the Flame,” which hits radio on April 30th. The single is her latest from the powerhouse double-album, The Weight of These Wings. 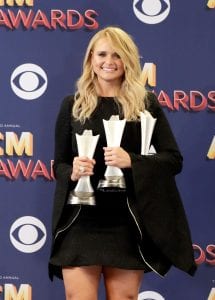 This summer, Lambert alongside award-winning group Little Big Town, will be hitting the road in their co-headlining, The Bandwagon Tour, which kicks off on July 12th in Charlotte, NC. The tour will travel along the U.S. Atlantic seaboard, Southeast, and Midwest regions.

Live Nation is the national tour promoter for The Bandwagon Tour and please visit MirandaLambert.com and LittleBigTown.com for more information on show dates and ticketing.