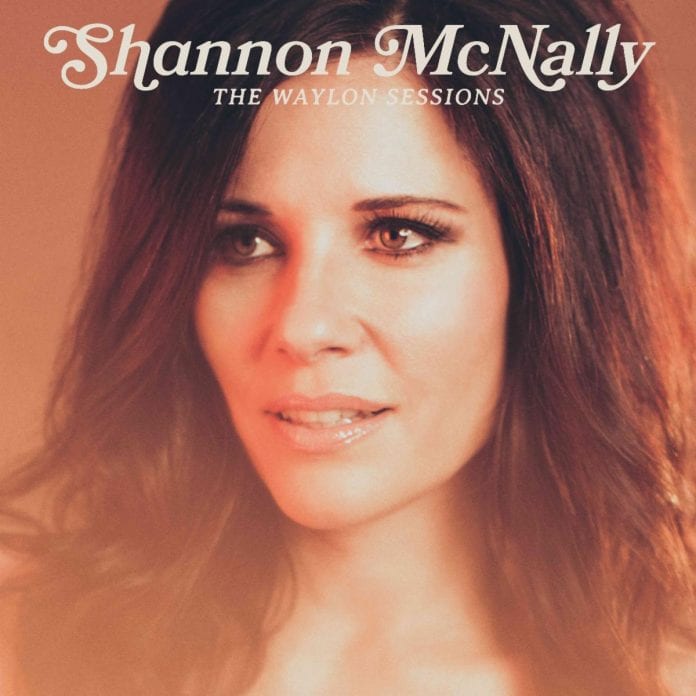 April 16, 2021 – Nashville, TN – “I have always loved his defiantly existential but immediately accessible common man’s music and how it boogies,” says Shannon McNally of the man whose timeless music is the subject of her new album THE WAYLON SESSIONS, Waylon Jennings. Upon the album’s completion, McNally’s collection of tunes ended up being not so much a tribute as it is a recontextualization; a nuanced, feminine rendering of a catalog long considered a bastion of hetero-masculinity. “The world has changed a lot since these songs were first recorded,” says McNally. “I have never heard a woman sing any of them, but these tunes are poignant and relevant to me and to women in general right now.”

Fans can watch the video for “I’ve Always Been Crazy” right here and pre-order or pre-save THE WAYLON SESSIONS ahead of its May 28th release date at this link.

With THE WAYLON SESSIONS, McNally set out to revisit the songs and spirit of Waylon Jennings, a legend with whom she’s always had an ongoing fascination. Over and over again, she manages to locate a smoldering intensity, a searing hurt buried deep within the music’s deceptively simple poetry, and she hones in on it with surgical precision on this new album, which features special guests like Jessi Colter, Buddy Miller, Rodney Crowell, and Lukas Nelson. “The world has changed a lot since these songs were first recorded,” says McNally. “I have never heard a woman sing any of them, but these tunes are poignant and relevant to me and to women in general right now. As a songwriter, bringing a song to its full potential so that a larger or different audience can connect is all I’ve ever cared about.”

McNally knew that assembling the right band would be essential to capturing Jennings’ mix of laid back charm and swaggering bravado, so she called AMA-winning guitarist Kenny Vaughan (Marty Stuart, Lucinda Williams) to help her assemble a team that included drummer Derek Mixon (Chris Stapleton), pedal steel legend and longtime Jennings bandmate Fred Newell, Texas keyboard mainstay Bukka Allen (Robert Earl Keen, Jerry Jeff Walker), and bassist Chris Scruggs (Marty Stuart, Charlie Louvin). Working live and raw, they tracked sixteen songs in just five days, relying on instinct and intuition to guide their decisions at every turn. As brilliant as the band’s performances are, it’s McNally that breathes new life into the music here, tackling the tunes with an honesty and a maturity that transcends genre and gender. She doesn’t swap pronouns or couch her delivery with a wink; she simply plays it straight, singing her truth as a divorced single mother in her 40’s in all its beauty, pain, and power.

“My goal wasn’t to force anything onto the music that wasn’t there already,” explains McNally. “There’s a feminine perspective hidden somewhere inside each of these songs. My job was to find a way to tap into that and draw it out.” The result is that rare covers record that furthers our understanding of the originals; an album of classics that challenges our perceptions and assumptions about just what made them classics in the first place.

You Asked Me To – feat. Buddy Miller

Out Among The Stars – feat. Jessi Colter

You Show Me Yours And I’ll Show You Mine – feat. Lukas Nelson

I Ain’t Living Long Like This – feat. Rodney Crowell

Mammas Don’t Let Your Babies Grow Up To Be Cowboys

Help Me Make It Through The Night

We Had It All

Only Daddy That’ll Walk The Line*

Waltz Me To Heaven*