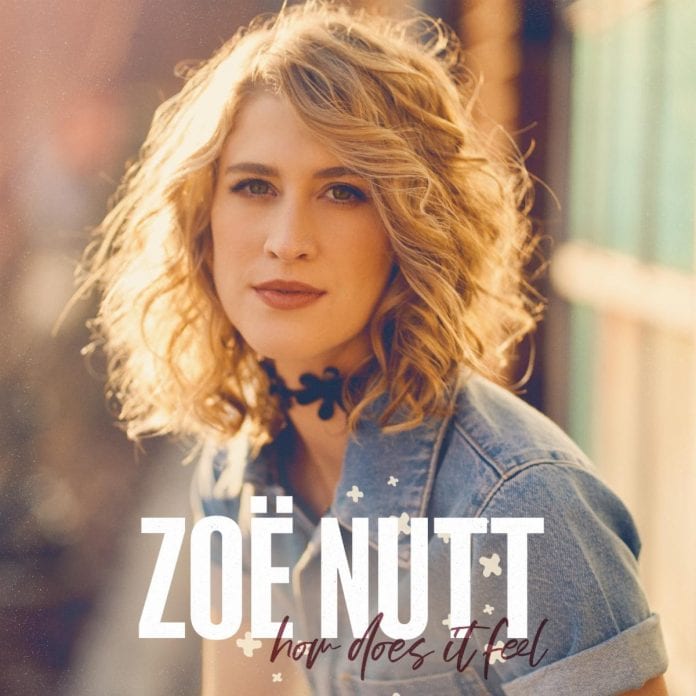 Nashville newcomer Zoë Nutt understands that time is precious. Although struggling with hearing loss from an early age, Zoë (now 27) wrote and recorded her new album How Does It Feel in the wake of a cochlear implant surgery intended to save her from complete and total deafness. Out July 24, the album rarely addresses her lifelong battle but is blatantly informed by the maturity, self-awareness, and artistic resilience as a result.

Produced by celebrated songwriter Tammi Kidd Hutton (LeAnn Rimes, Rascal Flatts) along with Ben Phillips (Chris Janson) and Greg Magers (Umphrey’s McGee, Lupe Fiasco), the album was created over a two-year period of losing her hearing as an adult and reteaching herself to hear.

While in the studio, Zoë needed to hit pause on the recording process to have surgery. Over the course of the next 12 months following her cochlear implant surgery, Zoë retaught herself how to hear, all while continuing to write this standout project. Despite this unspeakable hardship for a young creative with her entire career in front of her, Zoë persevered.

The result was a 10-track collection that uses infectious, gleeful melodies, and ’90s-era production juxtaposed against lyrics conveying the torrent emotions that accompany heartache, hardship and artistic resilience. It also features a guest vocal appearance by Brandy Clark and by Jaren Johnston and Neil Mason of The Cadillac Three.

One of the album’s standout tracks — “East Houston Street” — was penned in the margins of a copy of The New York Times. Fervently scribbling lyrics across each and every page, she created a story of walking down a beat-up street and no matter what she was going through, she chose sunshine. Zoë drops a Taylor Swift-worthy Easter Egg in the song, tipping her hat to one of her musical idols Sheryl Crow.

Elsewhere on the album, Zoë brings a “Americana-Folk flair” (American Songwriter) on the album’s lead single “Happy,” a vibrantly savvy character study about recognizing and cherishing the people and moments that really matter. On the Brandy Clark duet “Too Fast,” Zoë finds herself wishing she could be brave and live life on the edge while battling her internal voices of being stuck and afraid.

Overall, How Does It Feel is an utterly captivating collection all about isolation, belonging and growth, proving that Zoë Nutt is not taking a minute for granted.

GET TO KNOW ZOË NUTT: