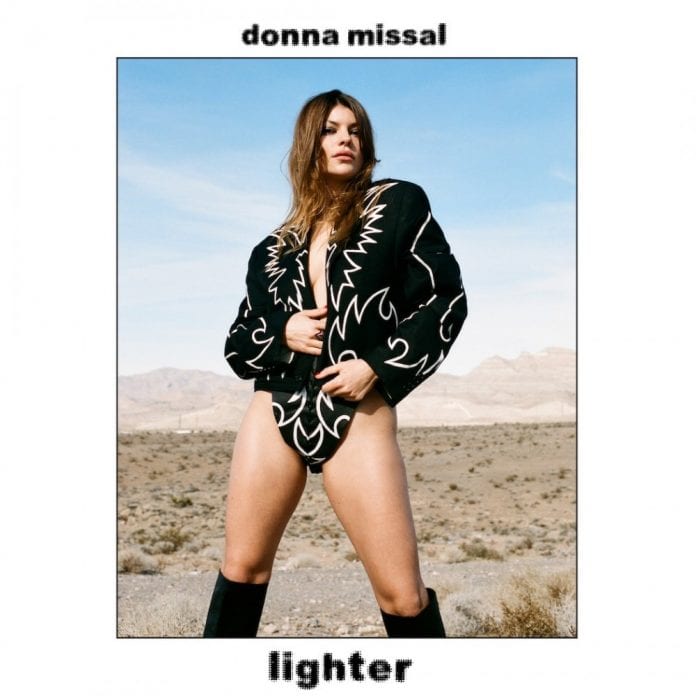 Today, Donna Missal shared “How Does It Feel,” the soaring slice of luscious shoegaze that opens her new album, Lighter, which will be released on July 10 via Harvest Records. Download/stream “How Does It Feel” HERE and listen on YouTube HERE. Donna – who has amassed over 33 million global streams in her career to date – wrote the track with Andrew Wells (X Ambassadors, Bebe Rexha, Fitz and the Tantrums), who produced the album, and Anthony Rossomando, whose credits include co-writing the Oscar-winning song “Shallow.”

“I hope this song finds the cracks in your heart and fills them with light,” says Donna Missal. “I hope this song can turn your disconsolateness into aspiration, and wrap its arms around you the way I wish I could right now. I hope this song meets your unrest with a challenge to desire and believe in dreaming for more.”

Lighter is an album about fragility, self-acceptance and self-discovery. It’s a timeless work from an artist who’s not playing by anyone else’s rules. Fans who pre-order the album in digital format will instantly receive “How Does It Feel” plus the singles “Let You Let Me Down” and “Hurt By You.”

“Donna Missal is a powerhouse vocalist” declared Flaunt in this recent feature article. MTV News observed, “‘Let You Let Me Down’ [is] a rock-infused breakup ballad…Her smoky vocals simmer to a satisfying crescendo in the final refrain.” The Honey Pop noted, “[Donna] can pull you through various emotions just with her voice, and ‘Let You Let Me Down’ is a prime example of her talent. It’s got powerful, poetic lyrics… a self-realization anthem.” “Hurt By You” was named as one of the “Best Songs Of The Spring” by Refinery29. NYLON noted, “This song was made for rolling the windows down and speeding on the backroads.”

Praising Donna’s 2018 debut album, This Time (Harvest Records), Earmilk said, “A sound like this cannot be missed…we’re in full orbit around this star.” She supported the album with a sold-out, 20-date U.S. headline tour. Donna has also played numerous festivals – including Austin City Limits and Bonnaroo – and toured with such artists as King Princess, Lewis Capaldi, Bishop Briggs, K.Flay, Joywave, Sir Sly, and Barns Courtney.