“We wanted ‘Bewitched, Dwarfed and Defeathered’ to be holy terror,” says Mollestad. “The result was Melvins meets Terje Rypdal meets an instrumental Megadeth on acid.”

Their sixth album in seven years, Smells Funny sees Mollestad truly coming into her own as an amazing lead guitarist and although there is enough riffing here to satisfy the headbangers, the trio are venturing into the more free and open landscapes, gaining praise by a broad range of outlets from Rolling Stone and WNYC New Sounds and Nate Chinen at WBGO to Decibel, JAZZIZ and Downbeat.

Jazz or rock? Stonerswing? Or doomjazz maybe? For every new record by Hedvig Mollestad Trio, critics try to invent an adequate genre name for their spellbinding, uncompromising and visceral music.

As with their previous albums, Smells Funny was recorded live in the studio with only minor overdubs. It was also the most relaxed sessions and shortest time they have spent on any album. Which goes a long way in explaining the confidence this trio radiates at the moment. And while we rightly praise Hedvig´s exceptional abilities, let´s not forget how important the rhythm section is to make it all work so well. Ellen Brekken is an accomplished bassist, equally comfortable holding down a groove and taking off on technically complex runs. Then there’s Ivar Loe Bjørnstad, not your typical rock drummer, not your typical jazz drummer, but in possession of that loose swagger. 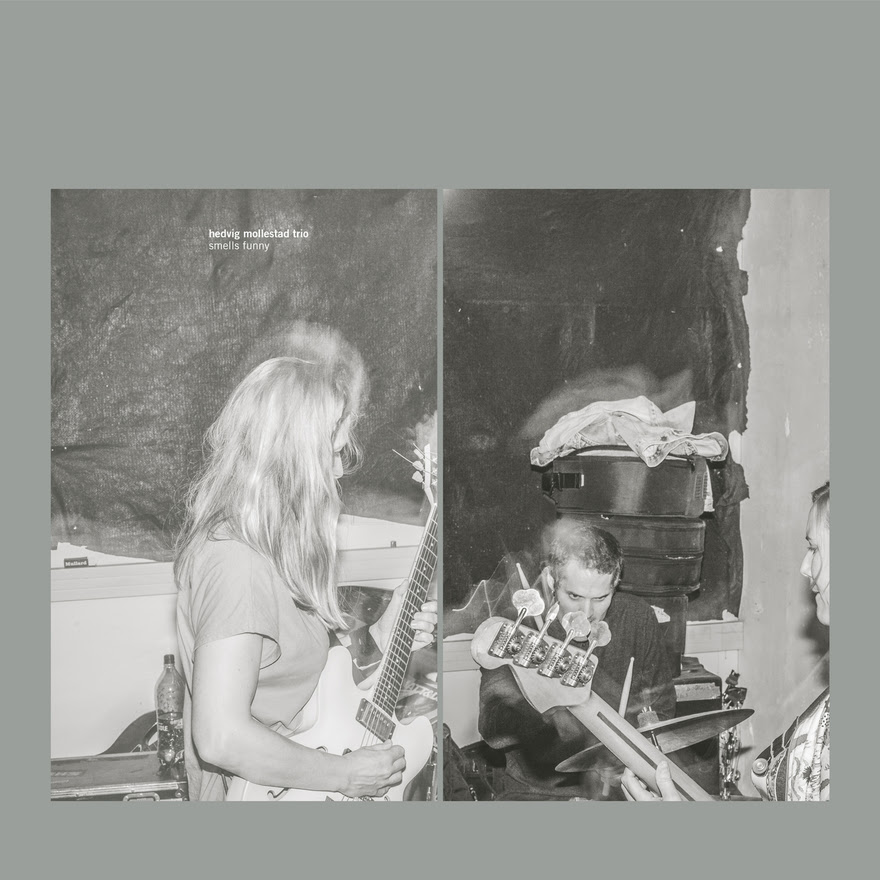