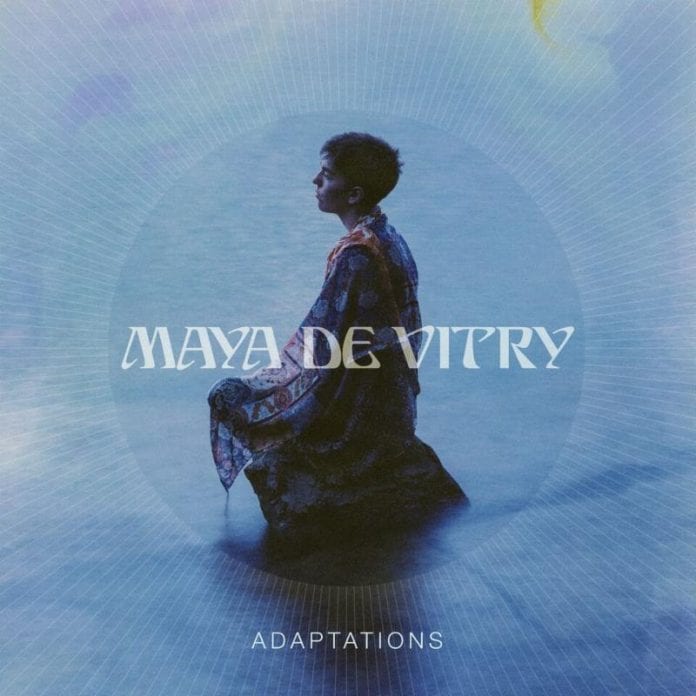 NASHVILLE, Tenn. — Jan. 3, 2019 — Maya de Vitry morphs and emerges with her own sound on Adaptations, her first full-length album following the disbanding of critically-acclaimed string band, The Stray Birds. Out January 25th, Adaptations was born in solitude but ultimately celebrates authentic human connection and the possibilities of vulnerability. Written and recorded in 2016 and 2017, Maya found herself drawing from a new well, and reckoning with a body of work that patiently asked to live under her own name — and she also found herself facing the difficult growth required of her to fully live her way into these particular songs. Lindsay Lou, Courtney Hartman, and Oliver Wood, to name a few, were eager to lend a hand and a voice to the project. To pre-order the album and hear the first two tracks of Adaptations, click here.

Today, Folk Alley also gave us a first listen of “Go Tell A Bird”, praising the song for doing “…everything a folk song is supposed to do— and… exceptionally well. It is both simple and complex, digestible and impossible, distilling some of the most seemingly complicated, urgent and timeless human debates down to 35 words in fewer than four minutes. Its instrumentation is collaborative and swelling, like the cooperation between a pair of wings and a good hard gust.”

“Go Tell A Bird” was influenced by a consciousness-shifting trip to Cuba amidst a politically confusing time back home; that, and a healthy reverence for Nick Drake’s lyricism. Maya recalls “Go Tell A Bird” as a “meditation on love, which absolutely and majestically transcends borders and bodies.”

The summer of 2016 found de Vitry retreating to her grandparents’ Pennsylvania cabin following a delayed flight — so delayed that she ditched the trip entirely and decided to head to the woods rather than travel back to Nashville. There, in uncommon solitude, she found the freedom to encounter her own voice in all of its questioning, energy, and persistence. She took occasional breaks from her writing to take long walks, listen to podcasts, or dig into artists who had most recently intrigued her, like Neko Case, or revisit her favorites, like Tom Waits. She left the cabin knowing that she had touched a new thread of songs, which she would follow diligently for a year. By the following summer, Maya and producer/engineer Dan Knobler had assembled a band in Nashville to begin making demos. However, once they got the band (Jason Burger, Sam Grisman, and Anthony da Costa) together and started laying down tracks, Maya and Dan realized that they had begun making a record.

The solace of wilderness may be her muse, but this is a story of reflection and growth, presence and connection, choice and transformation. In turn, Adaptationsfeels less like a freshman foray into record-making and more like an addition to the long line of work of a seasoned artist, turning a page into a new adventure.