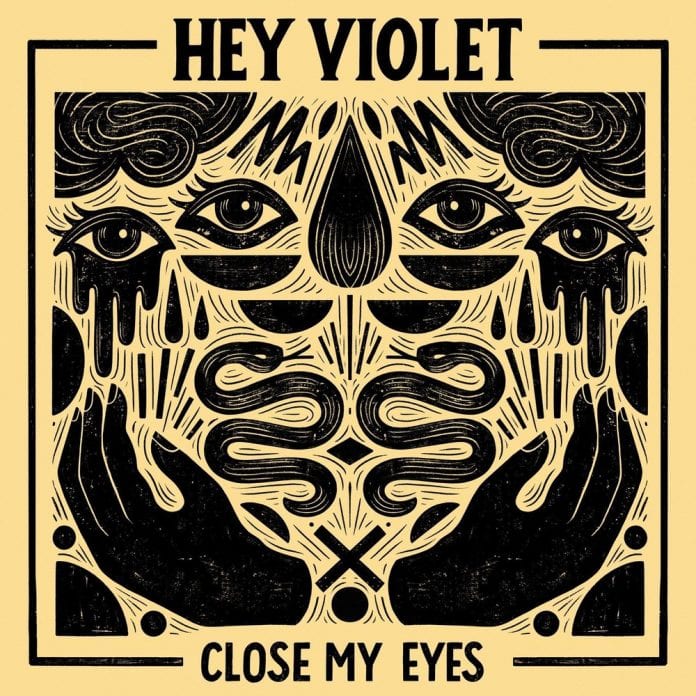 June 21st, 2019 — (Hollywood, CA) —Fresh off a headline mini tour of the U.S., Hey Violet premiere the video for their new track — “Close My Eyes” — today on Vevo.  Watch it HERE. Shot in Los Angeles, the video was directed by Marcella Cytrynowicz who also lensed the video for the bands recent single “Better By Myself.”

“Close My Eyes,” which was written by Hey Violet with Sean Kennedy, Tim Anderson, and Aron Forbes (the latter two who co-produced), is the second of four new tracks the band is set to release throughout the spring and summer. The first, “Better By Myself,” was released in April, along with an official video that can be watched HERE. Idolator called “Better By Myself” “as catchy as it is relatable,” while Celeb Mix says “the song’s mid-tempo beat and addictive chorus will leave the listener singing [it] all day.” Watch Hey Violet perform “Better By Myself” live at Capitol Studios HERE.

“’Close My Eyes’ is essentially about living in a fantasy land, says front woman Rena Lovelis. “It’s about the idea of still wanting to be with an ex who has already moved on. There’s definitely a level of denial that goes into being in that sort of headspace because you’re basically rejecting the present reality and not allowing yourself to move forward. The song sounds very calm and chill but in the lyrical content there’s an air of tension because of that refusal to accept things as they are.”

Hey Violet’s 2017 debut album From the Outside featured the singles “Guys My Age,” which has amassed over 250 million global streams, “Break My Heart,” and “Hoodie,” which is approaching 200 million streams. The album racked up critical praise, including accolades from The New York Times, which called it “one of this year’s best and most provocative pop albums.” Stereogum noted that it “has plenty of attitude thanks to Lovelis’ vocal and lyrical presence,” and NYLON declared, “I challenge you to find a debut album as explosive and technicolored as Hey Violet’s ‘From The Outside…(the album) pulses with cheeky hooks and middle fingers to the status quo. Lead singer Rena Lovelis’ voice is arena-shaking. You’re in for one hell of a ride.”

Over the past few years, Hey Violet, which is Rena Lovelis, her sister Nia Lovelis (drums), and Casey Moreta (lead guitar) have steadily built an engaged fanbase with their powerful, immaculately crafted alt-pop songs. “Guys My Age” was named one of the Best Songs of 2016 by The New York Times, who called it “teen-pop’s revenge: an urgent dark song about sexual rebellion” and one of the 20 Best Songs of 2016 by V Magazine. In 2017, Hey Violet was also nominated for an iHeart Radio award for Best Underground Alternative Band, dubbed an “Artist Primed For A Breakout” by Billboard, and named “Artist To Watch” by The Guardian, PopCrush, and more. The band has racked over half a billion streams worldwide, sold out their North American headline tour and performed on both The Late Late Show With James Corden and Late Night With Seth Meyers.